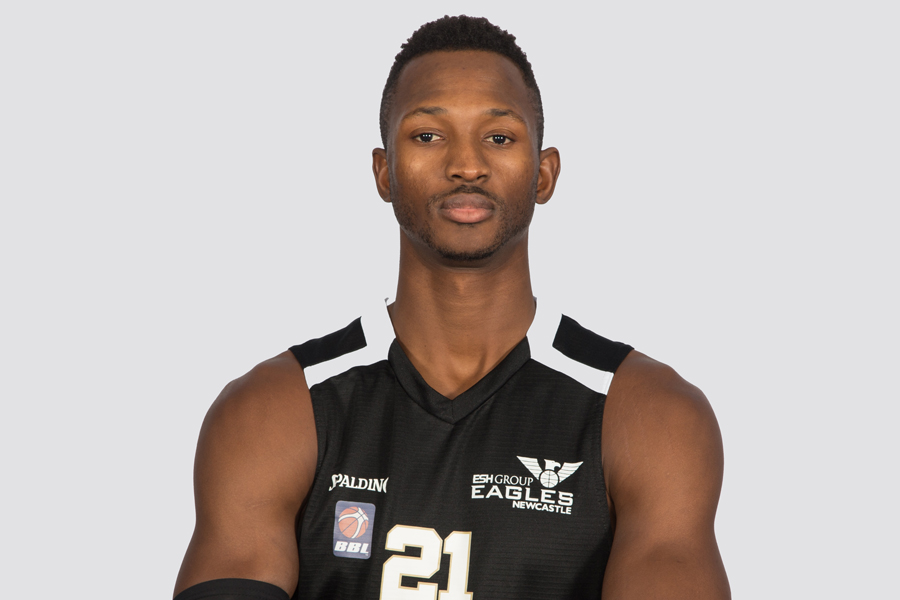 Where and when:
Sport Central, 7.30pm Friday 8 January
Summary:
Esh Group Eagles Newcastle aim to extend their 10-point lead at the top of the BBL Championship when they host Surrey Scorchers on Friday.
Eagles’ sensational, unbeaten start shows no signs of slowing down as in their final game of 2015 they overpowered Glasgow Rocks, a team that had twice pushed them close earlier in the campaign.
It is almost impossible to single out any single player in Eagles’ line-up, but Scott Martin rose above all others to claim the Molten BBL Player of the Month award for December.
Scorchers may hope that Eagles have one eye elsewhere, with the first game of their BBL Trophy defence to come on Sunday before the BBL Cup Final the following weekend.
Creon Raftopoulos’ side have been hit hard by a season-ending injury to Will Neighbour and have lost each of their last four games, the most recent two in worryingly one-sided fashion.
Last time they met:
Surrey Scorchers 65 Esh Group Eagles Newcastle 98 (BBL Championship, Surrey Sports Park, 25 September 2016)
Form:
Eagles: WWWWWW
Scorchers: LWLLLL
Three Points:
What they say:
Eagles guard Drew Lasker: “We’re really trying to get into a rhythm and just trying to find our flow because, as a team, we haven’t really shot the ball particularly well.
“With the break, it’s easy to lose that rhythm and touch so that’s what we have been focusing on.
“We’ve always been a defensive team, Fab has always been a defensive coach, we just happen to have a talented team offensively and we have been able to turn that into a lot of easy buckets. We don’t rely on our offence, but if our offence is clicking that makes us even more dangers.
“We played Surrey very early in the season. They’re a completely different team from what we saw but the main thing that has stood out to us is that we have got to keep this team out of transition. They have a few players on that team that like to get out on the break and run. We have just got to make sure we keep them in the half-court and slow them down because they look, on film, they have been trying to play a lot faster.”
Scorchers guard Henry Wilkins: “We need to step up defensively, we are simply allowing our opponents far too many points. Regardless of how much we score, we cannot allow teams to be scoring over 100 and expect to win.
“Newcastle are a super organised, physical defensive unit, they scout well and stick to their principles. Offensively they play with great chemistry, which comes from their experience and years with a similar core.
“We need to play together and at a high tempo offensively. We stayed close for a solid quarter and a half in the first encounter just by pushing the tempo and using our speed and youth to our advantage. We will try to replicate that effort for 40 minutes.”
Manchester Giants v Esh Group Eagles Newcastle
Where and when:
Lucozade Soccerdome, 6.00pm Sunday 10 January
Summary:
Esh Group Eagles Newcastle tip off their defence of the BBL Trophy at a happy hunting ground on Sunday.
Like most teams in the BBL, Manchester Giants have struggled to produce results against the all-conquering Eagles.
Fab Flournoy’s side have won this competition twice in the past four seasons, six times in total, and will be confident, travelling to a side they have already beaten by more than 30 points twice this season.
But Yorick Williams’ men will be optimistic, having ended a run of just one win in 14 games with two triumphs in their last three outings. Plus, Giants have time to prepare for their trip north while Eagles are in BBL Championship action against Surrey Scorchers on Friday.
Last time they met:
Esh Group Eagles Newcastle 108 Manchester Giants 85 (BBL Championship, Sport Central, 27 November 2015)
Form:
Giants: LLLWLW
Eagles: WWWWWW
Three Points:
What they say:
Giants swingman Ingus Bankevics: “Newcastle are best team in the UK at the moment. They are good in all positions, play together and know each other very well.
“Last time we played Newcastle, we played well for 34 minutes, did everything we wanted, but didn’t do it for 40 minutes.
“We have some plans for how we can stop them, and I hope it works, but of course it will be a hard game. We have nothing to lose and everything to gain.”
Eagles guard Drew Lasker: “Giants have got some guys that can really, really put it up.

“We’ve got to limit them in transition but also make sure that we limit Stef Gill and Ingus Bankevics those two because they can get hot in a hurry and carry a load offensively.

“If we limit them and make Callum Jones uncomfortable, because he pretty much pulls the strings for that team, that will be the focus as well as limiting their three-point shooting.

“Callum is their only true point guard, Stef can run the point but is more of scoring guard, so if we can make sure we wear Callum down, put the heat on him and rush him into making some bad decisions, that should work in our favour.”