An Interview With The Boss

Newcastle Eagles/News/An Interview With The Boss 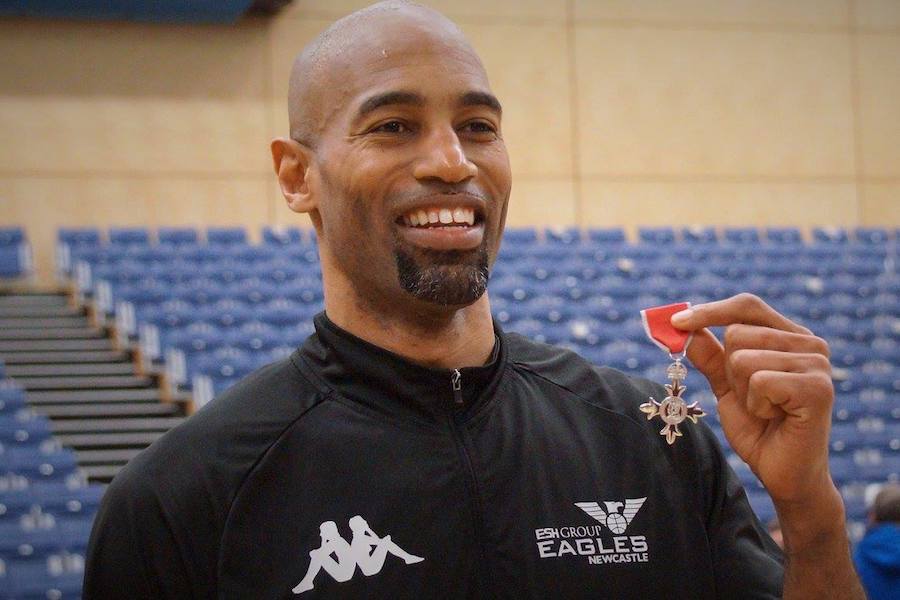 From The Bronx, New York to Buckingham Palace, London with stop-offs in McNeese State, Birmingham, Sheffield and Newcastle it’s been quite a journey for Fabulous Flournoy, Head Coach and still a player at age 43 of Esh Group Eagles Newcastle writes Jeff King.

No-one could have predicted that when “The Fabulous One” arrived in the UK back in September 1996 at Birmingham as a 23-year old rookie professional basketball player he would just over 20 years later end up at Buckingham Palace last Thursday receiving an MBE from HRH Prince William.

But, in some ways, that’s Fab. A man totally dedicated to being the best he can at whatever he does and a man that’s attitude, willingness to work, work and then work some more coupled with his commitment and love of Basketball has shown that dreams can come true and rewards are earned by those that deserve it.

Fab spoke after his side completed a 92 – 85 home League win over British Basketball League fierce rivals Glasgow Rocks. A game that saw The Eagles go on to court without two of their regular starting five meaning Flournoy had to insert himself in to the line-up from the off.

4 points, 10 rebounds, 7 assists, 4 steals, 2 blocked shots and 34 minutes and 11 seconds later he’d played a full part in an against the odds victory for his team that keeps them in the running for The BBL: title and completed a memorable week for The Player/Coach.

“It was a fantastic win for us under the circumstances. Rocks played a great game. It was a tough game for us but we pulled it out at the end. We had a “different” week this week and our preparations weren’t the best but the guys took everything in their stride and dealt with it.”

“it was unfortunate that we missed OJ (Orlan Jackman) who’s dealing with an unexpected unfortunate personal issue. Obviously I got my MBE this week so was away and we were still without Darius (Defoe).”

“Those things at times can’t be helped but the guys prepared mentally and did what we needed to do to get the game and that was a hugely satisfying feeling.”

Turning to that MBE Flournoy related what an incredible experience that was.

“It was so memorable and incredible and so difficult to pick any one particular part out. Obviously meeting Prince William and actually being able to have a conversation with him was amazing and everyone wants to know what was said in that conversation.”

“He genuinely cared and that came through. Although there wasn’t a lot of time he took his time. He made everyone and me in particular feel special for that brief moment.”

“Never once would I have been able to imagine a kid from The Bronx coming out of my particular neighbourhood to have an opportunity to meet a Royal Highness and equally to have a conversation with him and to be awarded a Member of the British Empire.”

“It is such a great and humbling feat and when I mean feat I really mean honour and humbling experience. Equally having my family over here for the first time to witness it. For the very first time all of them here together and to be able to spend a day at The Palace.”

“I mean we was in Buckingham Palace! Can you believe that? It’s a once in a lifetime thing. It just doesn’t happen. Given the circumstances, my mother wouldn’t have missed this for the world. She had knee replacement surgery just over a month ago and yet she’s here today.”

“She would not have missed it under any circumstances along with my brother and sister. So, yes, it was fantastic. Playing the best part of my career as a professional and even as an amateur and never once have I ever had my family all together here to watch me play.”

“It wasn’t just so much about my family meaning my Mother, Brother and Sister but also my family here in Newcastle and the North East. Everyone’s here and that’s such a great feeling to have and to see.”

“Others take it for granted but it’s something that I’ve never had or witnessed or had before so it’s just a great moment and feeling to have and something that will stick with me forever.

“Without all those factors, my family, our community, basketball and the North East in particular it wouldn’t have been possible. So I owe such a special moment and special day not just for me but to everyone.”

“Coming back and being congratulated by everyone I want to remember it’s not just about me it’s about everyone and what we all do together. Finally I owe a big debt of thanks to my players past and present as without them all it wouldn’t have been possible.”

There’s no doubting that Fabulous Flournoy is as deserving of the award as he is humble and grateful to receive it and if he looked at little bit tired at the end of the interview then he’s earned that tiredness and can now have a rest and time to reflect before moving on, hopefully, to further glory for The North East, Newcastle and himself.