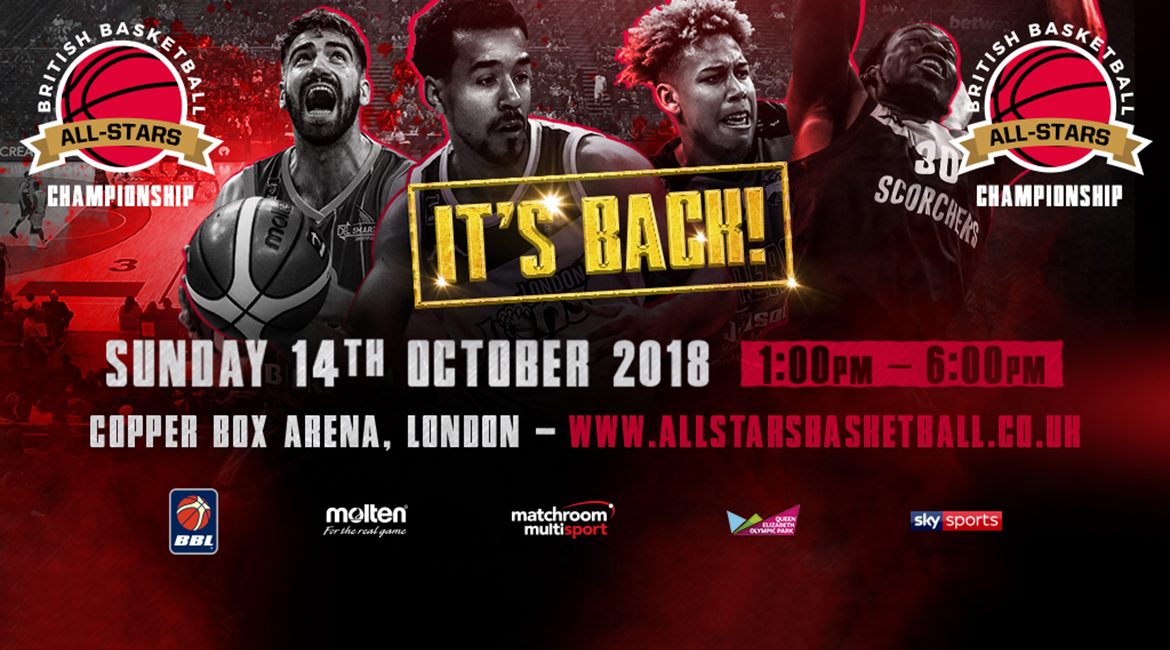 The British Basketball All-Stars Championship returns on Sunday 14 October at the Copper Box Arena, London as eight of the BBL’s best teams do battle in this electrifying tournament.

Tickets go on general sale on Tuesday 13 February but you can access the exclusive BBL pre-sale from midday on Monday 12 February using the button below:

Featuring 12-minute matches, an all-star 5-point line and a Golden Buzzer Power Play, the British Basketball All-Stars Championship is a non-stop afternoon of fast-paced basketball action which returns in 2018 after its successful debut last year.

The tournament will again showcase the best of British basketball talent, with defending champions London Lions joined by the top seven teams from this season’s BBL. Double elimination will be in play to separate the teams from eight down to four ahead of the semi-finals and final.

Tickets are priced at £20, £30 and £40 with courtside hospitality tickets available at £99. Under 18s receive 50% off and family and group discounts will be available direct from the British Basketball All-Stars Championship website.