All Eagles On The Board As Flyers Are Downed 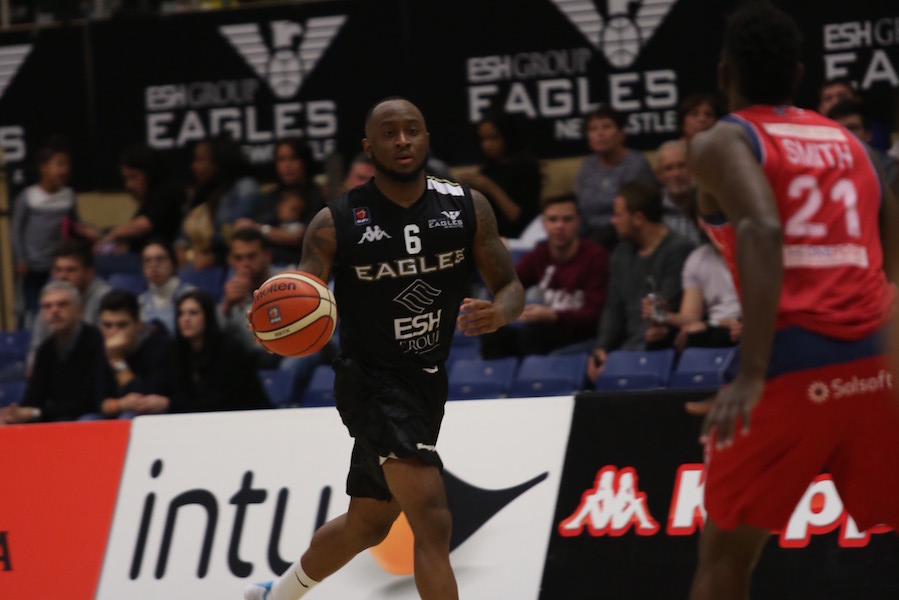 Esh Group Eagles Newcastle made it eight wins from nine in the BBL Championship with a convincing 81-62 victory over Bristol Flyers, at Sport Central.

The Eagles fell behind in the third but responded with a pivotal 17-0 run and never looked back.

After an even opening period, Newcastle made their move in the second and built an 11-point lead following a run that contained six points from Defoe

The Flyers were only down eight at the half and surged ahead in the third with Mike Vigor capping an 8-0 run with five consecutive points of his own to make it 44-45.

However, Martin reeled off six straight himself to spark a dominant run of 17 unanswered points from Newcastle as they claimed control in ruthless fashion.

Newcastle led by 19 at the end of the third and continued to pile on the points with a three from Deondre Parks making it 77-50 four minutes into the final period. The visitors stemmed the flow by allowing just four more points but the damage had been done.

Bristol now have a 1-6 record and are left to rue their high number of turnovers that were turned into 33 points by their opponents.

The Eagles move on to a huge clash in the capital on Sunday as they look to avenge their only loss of the season so far, away at London Lions.