Academy Pour On The Points and Pressure

Newcastle Eagles/News/Foundation/Academy Pour On The Points and Pressure 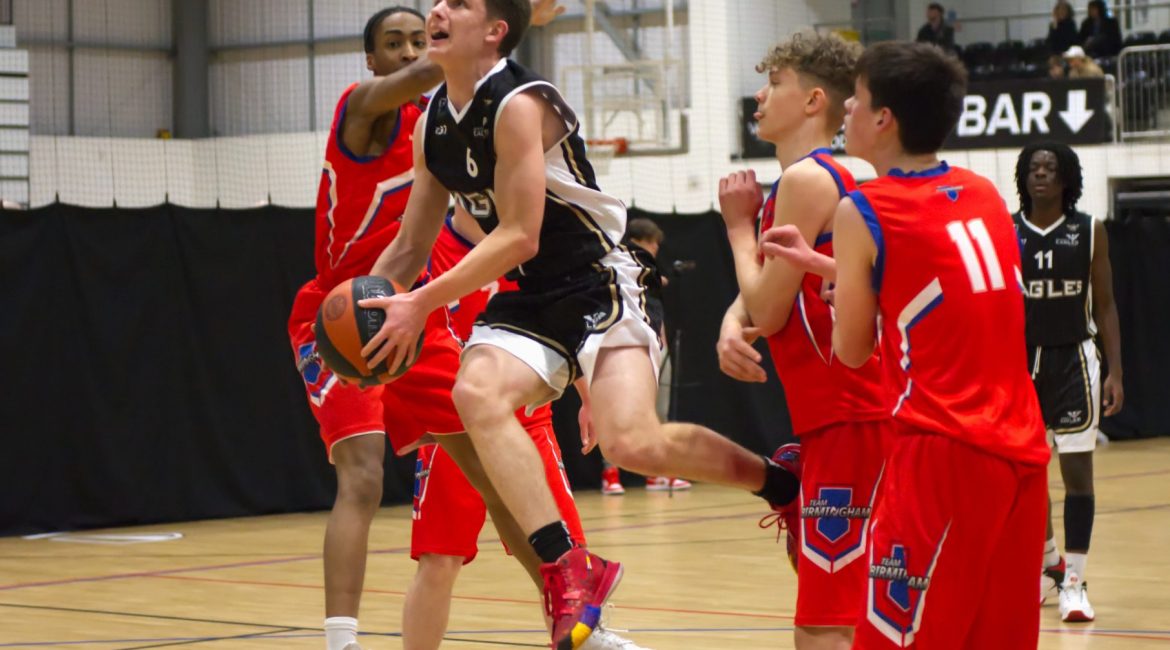 A strong finish set the seal on another big win for Newcastle Eagles Under 14 girls as the in-form hosts defeated Liverpool 59-32.

But head coach Ellen Totten cut a frustrated figure as the inconsistent hosts fell far short of their own high standards during a seesaw display.

And Newcastle’s playcaller will undoubtedly demand more from her third-placed Eagles ahead of Sunday’s trip to table toppers Manchester Mystics II.

Liverpool’s aggressive defence caught the Tynesiders cold early on before a timely three-pointer from the quick-thinking Seraphine O’Neill settled any early nerves.

Newcastle struggled to make their quality count as they laboured to a 14-6 first period lead.

Dame Allan’s Shoots For The Stars with Eagles Partnership
December 9, 2022

And the Eagles made heavy work of the Merseysiders’ frequent screens as they extended their advantage to 13 points at the half.

Totten’s team had struggled to shake off a slow start and failed to make the most of a series of well executed fast breaks.

But things got worse before they got better as Liverpool doubled down on some smart defence to tie an ugly third period 8-8.

Totten’s side poured in 23 points down the stretch to close out the win but putting together four strong quarters will be key to downing the Mystics this weekend.

Newcastle Eagles Under 14 boys maintained the pressure on top side Manchester Mystics with a blowout road win at City Of Leeds.

And Newcastle head into a two-week break boasting an impressive 6-3 record in the North Premier league.

Jakob Bobkowski got the scoreboard ticking over in Leeds with back-to-back deuces and three team-mates added points before the end of a convincing first quarter.

The Eagles led 23-12 heading into the second period and it was George Merrifield who picked up where he’d left off after the restart with an impressive score.

Newcastle continued to pepper the Leeds basket but it was the team’s trademark defence that underpinned a 46-19 advantage at the half.

Luke Tucker and Joseph Osarenkhoe set the tone for a strongarm second quarter before Aiden Smith and Danny Ward joined the points party.

In control and on their way to another eye-catching win, the Eagles continued to thwart their hosts throughout the second half.

Ben Lumley bagged his first points of the game and Tucker built on his growing reputation with a towering block — Smith capitalising on the turnover to convert.

Aston Hall came out of a quick Gaynor time out to set the seal on another seamless Newcastle offence and Tucker proved his class at both ends of the court with some cool shooting from the bonus stripe.

The Eagles refused to take their foot off the gas down the stretch as Smith and Lumley made the most of more clear scoring opportunities.

And Gaynor’s side head to City Of Birmingham Rockets on February 27 full of confidence following a flawless start to 2022.

It was a case of same city, same result as Newcastle Eagles Under 16 boys bagged big back-to-back wins against their Birmingham rivals.

And the second city sides will be glad to see the back of the boys in black as Newcastle maintained their strong start to 2022.

An unstoppable offence fired the Eagles towards a 101-63 victory against shellshocked TBE.

And confidence coursed through the on-point Tynesiders from tip to buzzer.

A 27-14 first quarter lead laid the platform for a comfortable win as Pedro Omere pushed through a determined Birmingham defence time and time again.

And when Marcus Gnezere joined the party in the second period — backed up by Akeem Johnson off the bench — it became clear there would be no way back for the visitors.

The Eagles led by 31 points at the half before Emmanuel Hezekiel made his presence felt following the restart.

Farrell Kepngang mopped up a series of second chance points but it was Jonny Ajayi’s stifling defence that started to catch the eye.

Steals from Ollie Finlay, Tobi Dawson and Stephenson thwarted Birmingham’s best efforts to get back into the game.

And ruthless Newcastle took a huge 82-41 lead into the final quarter.

But the best was saved until last as squad favourite Charles Mason stepped up to score his first bucket in an Eagles vest after answering a late call due to injuries.