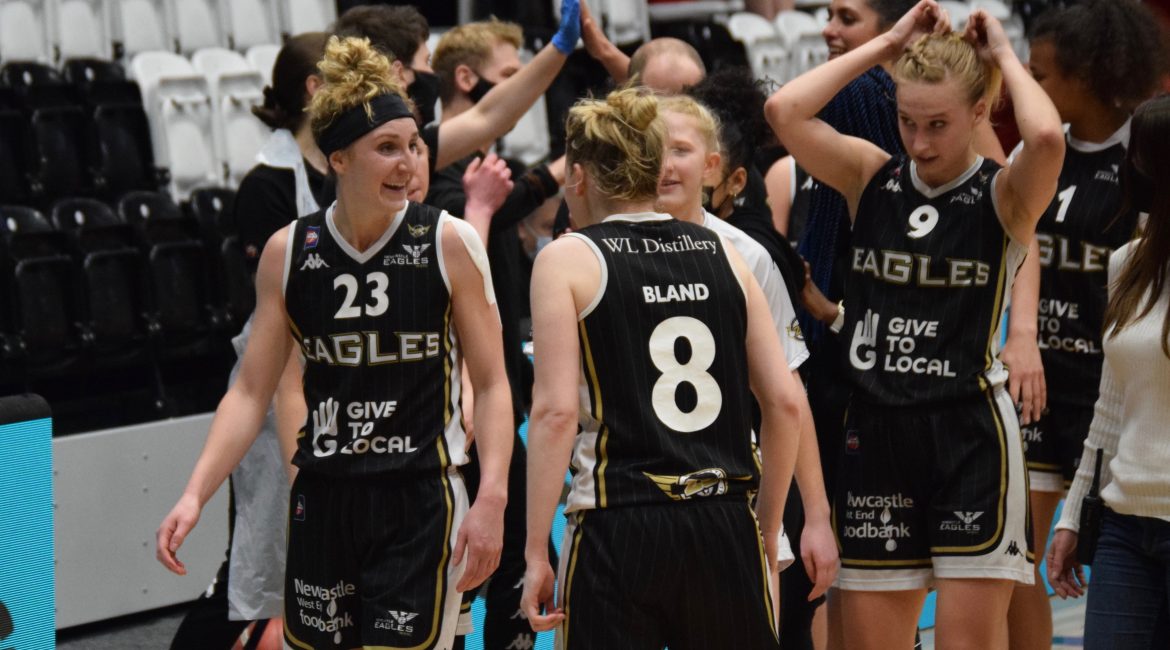 As the final week of the regular WBBL Championship season game to a close and May Madness got underway with all four Play-Offs Quarter-Finals live on Sky Sports from the Vertu Motors Arena, two of our Eagles pick up All-Star Five starting places.

Abby Lowe and Alison Gorrell get the well deserved recognition for their part in causing what has been described as the biggest upset in WBBL Play-Offs history.

Never before in WBBL Play-off history had a seventh seed beaten a second seed, but that is what our Eagles achieved in beating Leicester Riders on Saturday.

Abby Lowe picked up the game MVP accolade after leading the scoring on 26 points, 4-6 (66%) three-point shooting and 6-8 (75%) at the free-throw line, while she also had seven steals in a great two-way performance.

Our Eagles were behind early on until Lowe scored seven in an 11-2 second stanza burst, and they never trailed from that point as she made further big plays, including a three-pointer to open the fourth and a driving lay-up after a timeout to make it a two-shot game inside the final minute.

Alison Gorrell hit 24 points to make her fifth All-Star Five appearance of the campaign, putting her in joint-fifth overall, playing all 40 minutes in the game and came close to a triple-double, adding eight rebounds and seven assists to her scoring.

The May Madness 2021 WBBL Play-Offs Semi-Finals take place this Friday at the University of Worcester Arena with our tip-off against league winners Sevenoaks Suns set for 5pm.

All the May Madness games can be watched live with coverage from Sky Sports and you can find out how to see the action on our How To Watch May Madness page.