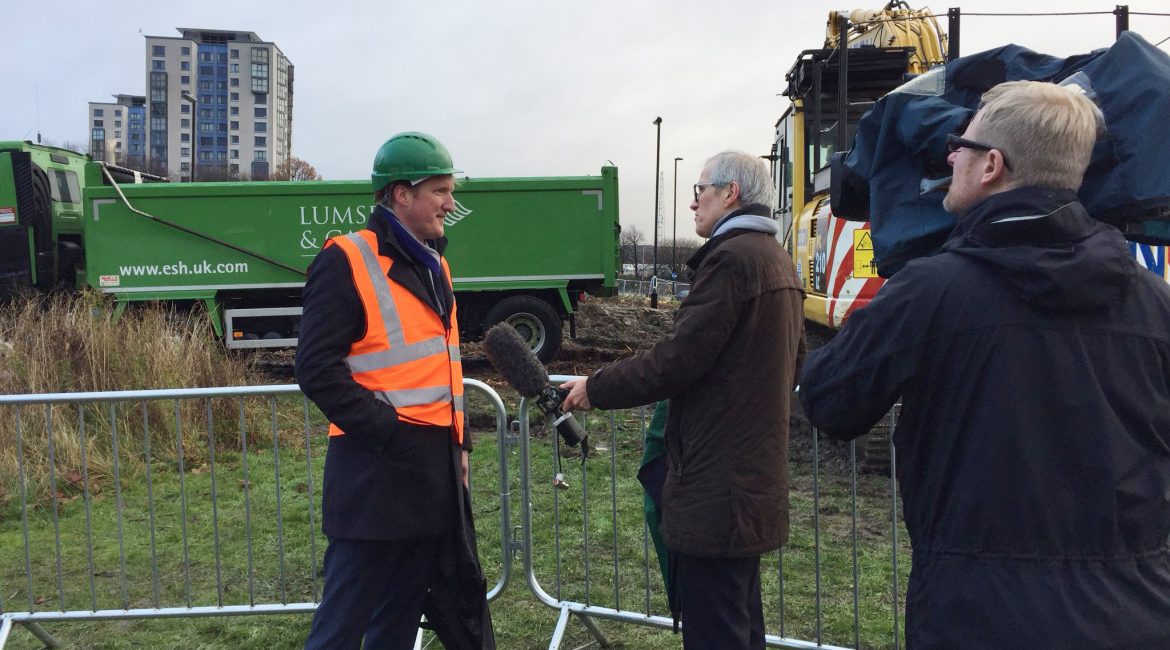 Wednesday 29 November 2017 will go down in the club’s history as literally a ground breaking day with work beginning at Riverside Dene in Elswick for our year-long build of the Eagles Community Arena (ECA).

The brand new, multi-million pound, purpose-built community sports arena will house our Eagles Community Foundation (ECF), top-flight British basketball with our Esh Group Eagles Newcastle’s BBL home games and many more recreation and education opportunities for the wider community. It is anticipated that more than 11,000 people will be engaged in sport during the ECA’s first year.

The club and foundation would like to thank everyone who sent in messages of congratulations that flew in on hearing the news that development has begun on-site and thanks also go to the North East media for their covered of the announcement and sod-cutting ceremony. Here is a selection of the Facebook posts, tweets and coverage we received:

We're very excited to be working at the new @NewcastleEagle facility! It's great that H F Colton Plant Hire are helping with the future of the Eagles.

'This is going to change everything' – @NewcastleEagle break ground on new Elswick arenahttps://t.co/tTWrtLLYBu

What a great bit of news for a Wednesday morning.

Today marks the start of the new @NewcastleEagle stadium great to be on site with the team for the official sod cutting #Construction pic.twitter.com/BlbM1T3rvF

We're delighted to be working with the Eagles Community Foundation on their new purpose-built sports arena which started on site today #EaglesCommunityArena https://t.co/D6FWBYHkBy

Congratulations to everyone at the Eagles!