Eagles Get Off To Flying Start

Newcastle Eagles/Features/Eagles Get Off To Flying Start 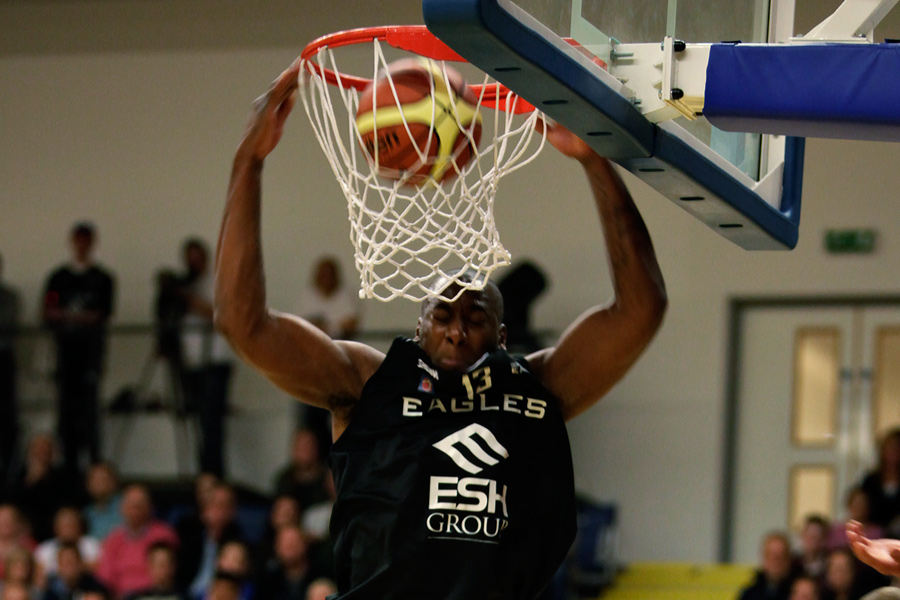 Esh Group Eagles Newcastle rode out 85-78 winners in the north-east derby on Tyneside, but had to work hard to see off a pesky Durham Wildcats team. In a first quarter when both teams struggled to rid themselves of early season rust, the Eagles led 20-17, although it could have been more had they not missed a few easy looks.

Whilst Durham tied the game-up at 26-26 by continuing to utilise their quick ball movement and threat from the perimeter, the Eagles shifted up a gear in the five minutes leading up to the interval.

They blew Wildcats away with a powerful and what looked to be game-changing 19-4 burst, to take complete control, as they pressured the ball and forced their opponents into a glut of turnovers.

Wildcats tried to recover their composure, but weren’t helped by the absence of former Eagles man Joel Madourie, who missed out on a return to Sport Central with an injury.

However, they rallied and some terrific work on the glass at both ends of the floor helped them make it a one-shot game 68-65. With the margin still the same with just over a minute left, the Eagles held their nerve and scraped home to get their first win under their belts. It was a good night for debutantes, with Malik Cooke and Scott Martin both firing 18 points for the Eagles, whilst Danny Huffor registered 17 points in defeat for Durham.

Darius Defoe led all scorers with 22 points for the winning team.