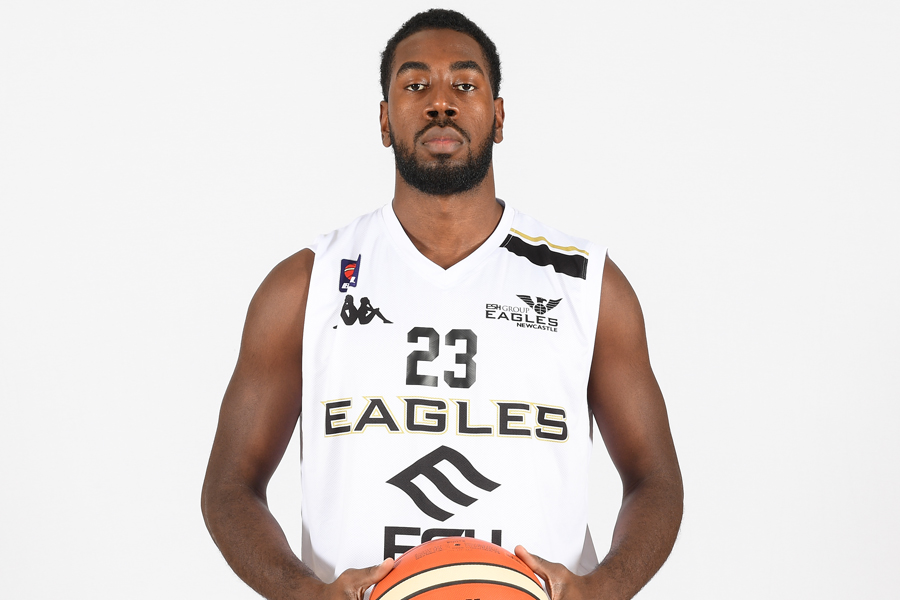 The difference is in the detail as far as Orlan Jackman is concerned.

And the 28-year-old forward has wasted no time showing he was worth the wait, going for 32 points and nine rebounds during last weekend’s win against Plymouth Raiders.

But while Jackman takes centre stage on the court, he insists it is his new coach’s tireless efforts behind the scenes that truly give Eagles the edge.

“Every team in the league has access to everything, video and all of that,” said Jackman, whose side have won six of their opening seven league games. “The thing that sets Newcastle apart is how meticulous Fab is.

He added: “Some people have been saying that we are a different team this year, but as long as we have got the same guy at the wheel, I think everything will be alright.”

Jackman’s road to Newcastle has taken him through hometown London Lions and BBL rivals Worcester Wolves, as well as stints in Germany and Portugal.

But he feels he has arrived in Newcastle at just the right time in his career, driven by the opportunity to add to Eagles’ incredible legacy of success.

“Newcastle is a cool city. Everyone likes footy, a few people like rugby but a lot of people like basketball because we win up here,” he said.

“I always knew Newcastle had a winning history and that they worked really hard on the areas they needed to and I was ready to work hard and be a part of history.

“When a club has won 23 trophies in 11 seasons, that’s always going to attract people.”

The fact that a club boasting such history were so desperate for Jackman to help add to their winning tradition, gave the Oklahoma City graduate an extra boost coming into this season.

It is this lift, rather than any weight of expectation, that is at the front of his mind.

“They wouldn’t have wanted me if they didn’t think I fit the bill,” Jackman added.

“There is pressure but I also have faith in their abilities to pick the correct players to fit their system.

“You gain confidence from the fact that a team as good as Newcastle wants you.”

And, as with every year, there is only one thing Newcastle want now the season has started, and that’s championships.

“It’s basically down to hard work. That’s the key to success. If you work hard, listen to what’s going on and pay attention to the scouting report, you shall be just fine.”

Jackman’s fine showing against Plymouth came off the back of Eagles’ first defeat of the season against London Lions.

Having instantly got back on track, attention turns to Friday’s trip to his old club Worcester Wolves, who have caused Eagles some problems in recent years. But one detail is different this time around, Jackman’s jersey.

“We let one slip by us against London but other than that, we’ve played how we should have been playing.

“We have a big one coming up against Worcester, who are known for beating Newcastle, I was a part of that once upon a time.

“It’s not just another game. These guys are going to get 100 per cent of OJ.”