Trey Player Of The Month

Newcastle Eagles/News/Trey Player Of The Month 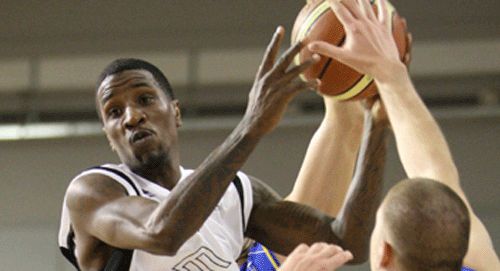 Newcastle Eagles guard Trey Moore has been named Molten Player of the month for January after an excellent few weeks for the north east club.

The 35-year-old averaged 20.71 points per game as the Eagles reeled off five straight BBL Championship wins to up to third in the table after a quiet start to the season.

The two-times BBL Most Valuable Player helped Eagles defeat Sheffield Sharks 112-79 in their opening game of 2011, just missing out on a triple-double with 37 points, 11 assists and nine boards, and both Moore and the Eagles continued that form as their next four BBL Championships saw only Prestige MK Lions keep the margin of defeat inside single figures.

Eagle coach Fab Flournoy was delighted to see his player win the award: “Trey came back after Christmas really with a point to prove and started off by playing a great game at Sheffield. He has been very consistent for us from there on, and it’s great to see him take the award.”