Ticking All The Right Boxes

Newcastle Eagles/News/Arena/Ticking All The Right Boxes 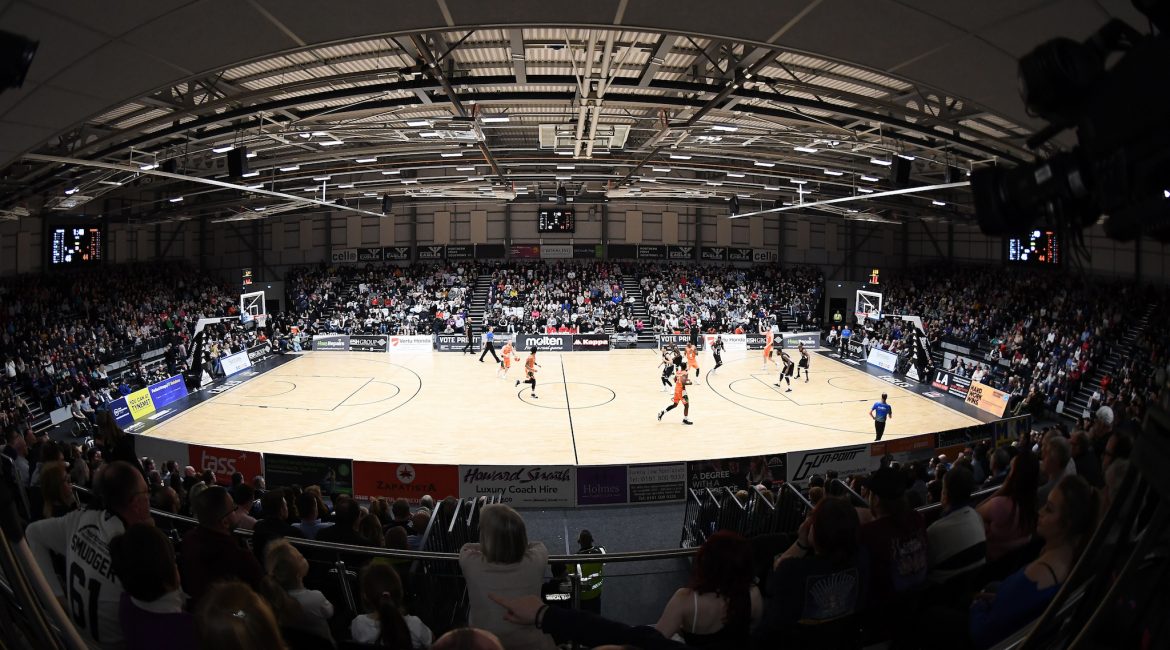 The Eagles Community Arena opened in the West End of the city last month and has already established itself as one of Tyneside’s top sporting destinations.

New clubs are moving in every week and Newcastle’s junior players have been flooding the facility each weekend as the ECA becomes a hub for emerging hoops talent.

“It’s safe to say that the arena is everything that we could have hoped for,” said Blake, who realised a long-held dream when he was handed the keys to the venue in January.

“Last week the BBL team sold out a third game – it was absolutely packed to the rafters against the Glasgow Rocks.

“To put that in context we only sold out three times during the entirety of our stay at Sport Central.

“That proves we’re in the right place at the right time and fans want to support us moving forward.

“But the BBL is just the tip of the iceberg. It’s everything else, happening throughout the week, that tells us that the Eagles Community Foundation made the right decision in moving here.”

The ECA is now the permanent base for the Foundation’s celebrated Central Venue League – bringing together hundreds of basketball-mad kids every Saturday.

Watch BBC Look North talking to Eagles staff and players about the importance of the arena:

And Blake revealed there is now a genuine family feel to ECA Saturdays with so many like-minded players and their families housed under one roof.

“It’s great for the children competing in the CVL to see older kids in Eagles kit playing national league fixtures on the court next door,” he added.

“And it’s fantastic to have all of our age group teams under one roof. The Under 14s can support the Under 16s and vice versa. It’s brought everyone together.”

And it’s not just basketball benefitting from the latest sports-focused facility helping to breathe new life into Scotswood and the surrounding area.

“Since we opened we’ve welcomed Newcastle Volleyball Club and Riverside Netball Club as new tenants,” added Blake. “And our wheelchair basketball club, which is run in association with Percy Hedley, is based here.

“We’re also home to Westgate Hoopstars who have always been one of our CVL clubs. They were made homeless when it was decided to repurpose Westgate Centre for Sport and we’re delighted that their players can train here.

“It was always the Foundation’s aim to become a focal point for the community and a place where people could play a whole variety of sports and take part in different activities.

“We’re reaching that point already and it’s fantastic to see so many people coming through the doors every day.”

Corporate events have already taken centre stage at the ECA with the business community keen to explore more opportunities throughout 2019.

But for longstanding Newcastle Eagles fans the ECA will always be about Friday night BBL action and last week’s overtime classic against border rivals Glasgow Rocks brought the new venue to life.

“The atmosphere was incredible,” added Blake. “Fab and the players absolutely love it and it was a huge help the them last Friday.

“It was such a tough game that both teams were desperate to win. We were up against it without Victor Moses and we were playing a Rocks team with four league wins on the bounce under their belts.

“But the atmosphere gave us the edge. The ECA is an intimate venue and the fans are so close to the action. It creates a unique environment and the guys responded to that.

“On the court it was bouncing and off the court I feel as if we’re getting there. There are still a few teething problems but give us another few weeks and I’m confident the whole match night experience will be where we want it to be.”

Newcastle Eagles are back in action on Friday 1 March when Bristol Flyers head north. Tickets are available now.