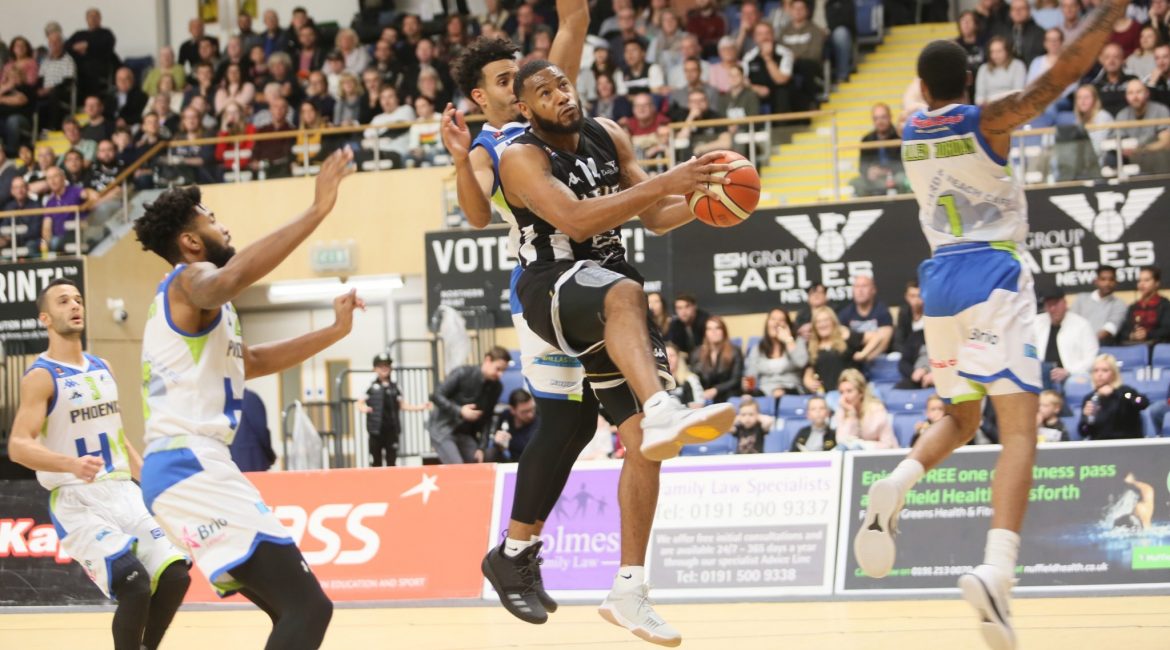 Esh Group Eagles Newcastle have parted company with rookie guard Ahmad Thomas ahead of this weekend’s trip to Glasgow Rocks.

The 23-year-old started last week’s BBL opener against Cheshire Phoenix and came away with nine points and six rebounds on his Sport Central debut.

But player-coach Fabulous Flournoy and his coaching staff have decided there is a need to change the balance of the squad.

“Ahmad is a talented player and a genuine prospect,” said Newcastle’s play caller.

“The decision to change hasn’t been taken lightly as Ahmad is a true professional. Everyone involved with the Eagles’ organisation would like to thank him for his effort and contribution. We wish Ahmad every success in the future.”

Newcastle face the Rocks on Sunday and the club is considering its options ahead of a trip north of the border.