Taylor Made For Eagles

Newcastle Eagles/News/Taylor Made For Eagles 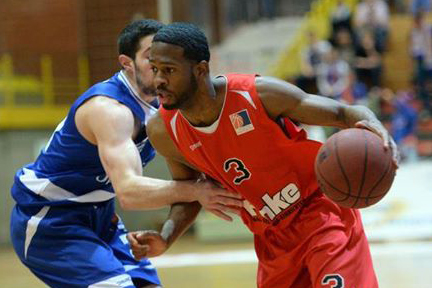 Newcastle Eagles have swooped to fill the gap left by the departing Malik Cooke with the signing of Ricky Taylor from German Pro A side Finke Baskets Ehingen. Taylor played four years scoring over 1600 points at the University of Tennessee- Chattanooga before starting his professional career in Germany last year.

The 6’5 shooting guard is known for his marksmanship, shooting over 38% from the three point line in Germany last season and also is an excellent free throw shooter.

Eagles coach Fab Flournoy believes he will be an excellent fit for his new look team.

“In Ricky I think we have signed an enthusiastic and intelligent young man who has demonstrated the ability to play within a team ethos throughout his career. His athleticism will help us in the backcourt and I am also encouraged by the fact that he is an excellent rebounder for a guard”.

The Eagles season tips off on 26 September in a battle between last year’s league and playoff champions, when they host the Worcester Wolves at Sports Central. Wolves have lost play off final MVP Zaire Taylor to the London Lions but should still pose a significant challenge.