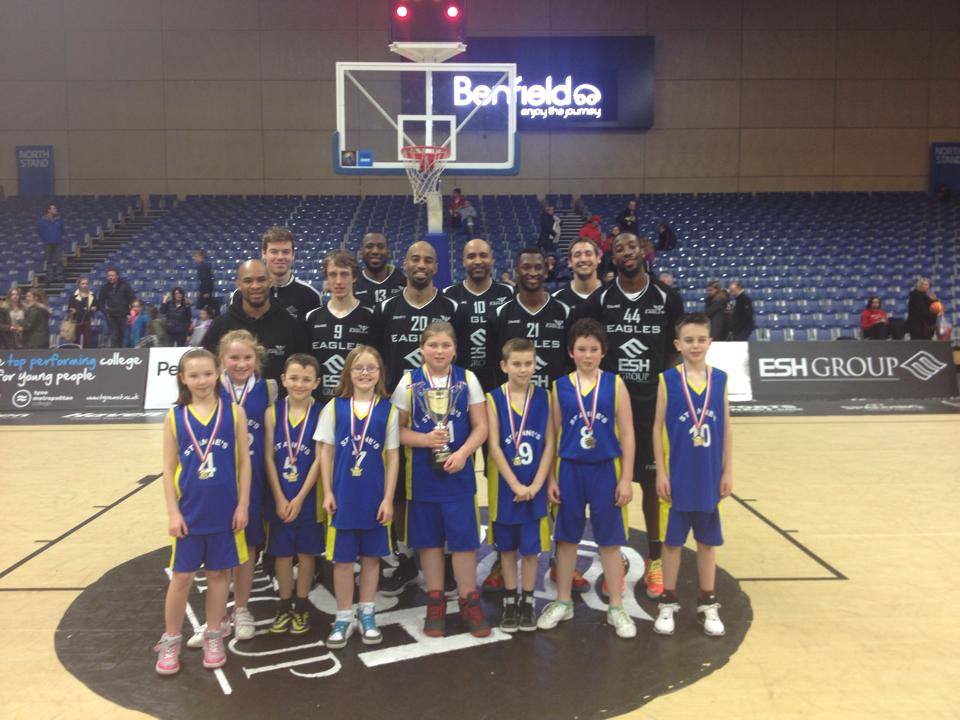 St Anne’s primary were crowned Gateshead Hoops4Health Champions last night.  As the Eagles recorded a victory over Plymouth Raiders.  Prior to tip off Glynwood, Emmaville, Ryton and St Anne’s played in the semi finals of the Gateshead Tournament.  Glynwood cruised to victory over Emmaville securing a 4 – 0 victory in the 8 minute game.  St Anne’s had already earned their place in a closer battle vs Ryton when they won by a single basket over their rivals with a 6 – 4 score.  As the Eagles headed to the locker room at half time St Anne’s and Glynwood took to the floor.  St Anne’s took the early lead which was followed up by a basket from Glywood to level the score.  With 3 minutes left St Anne’s managed to take the lead and then hold on to lift the Gateshead Crown.  The team show off their trophy with the Newcastle Eagles senior team.