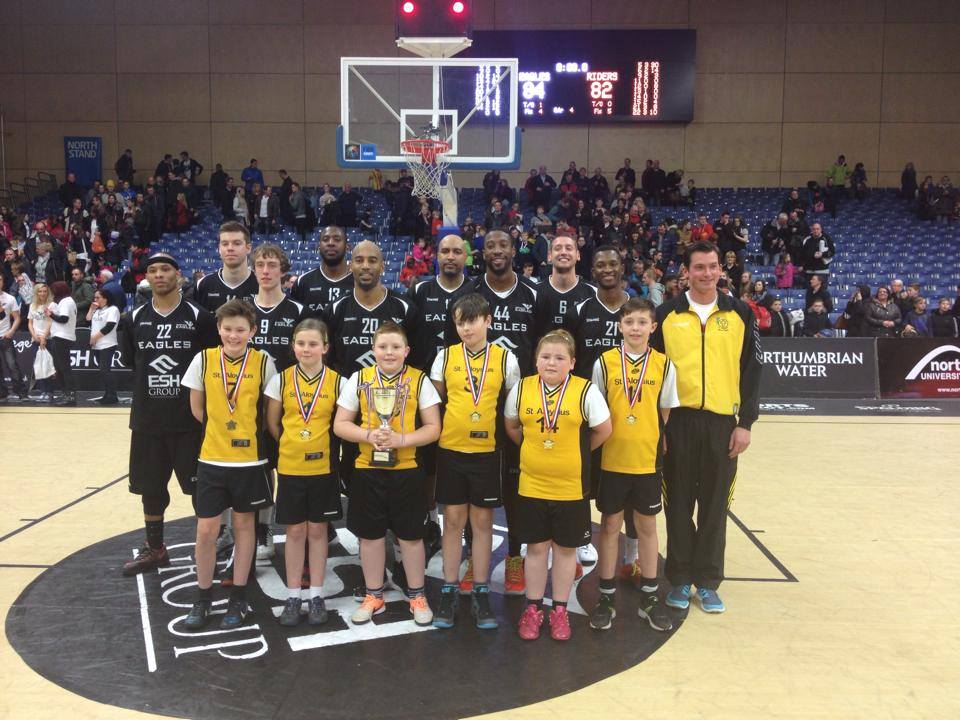 Last year was St Aloysius’s year as they lifted four Hoops4Health trophies.  The school was crowned South Tyneside, North East, England and Great Britain Champions.  The school started the journey again by lifting the South Tyneside title last night.  Standing in their way was East Boldon, Harton and St Bede.  None of the teams were strangers to the Hoops4Health tournaments.  St Aloysius and East Boldon were first up in the semi finals.  St Aloysius raced out to a 6 – 2 victory.  In the second semi final St Bede secured their place with a 4 – 0 win.  In the final St Aloysius scored two quick baskets and then held on to lift the trophy with a 4 – 0 win.  The team will now play in the Champion of Champions competition on the 21st March.  They will be joined by Northumberland – Ponteland Middle, Newcastle – St Albans, Gateshead  – St Anne’s.  The Sunderland and North Tyneside winners will be determined in the upcoming weeks.