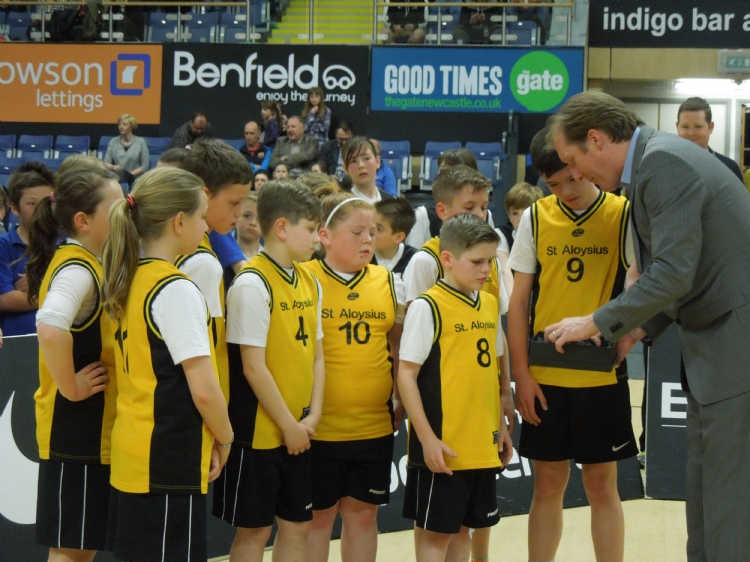 St Aloysius RC Primary from South Tyneside were earlier today crowned Great Britain Hoops4Health Champions after defeating Scotland prior to the GB Senior Men’s International game at the Copper Box. This is the South Tyneside school’s fourth title after previously being crowned South Tyneside, Regional and English Champions. The team will be honored at the Newcastle Eagles first game of the 2013 – 14 season on the 27th September. More details about the game vs Scotland to follow.

Congratulations for the outstanding effort of the school, parents, teachers including Mr Adam Rogers and most importantly the team on this outstanding accomplishment.