Smith All Set For Scorcher Tonight 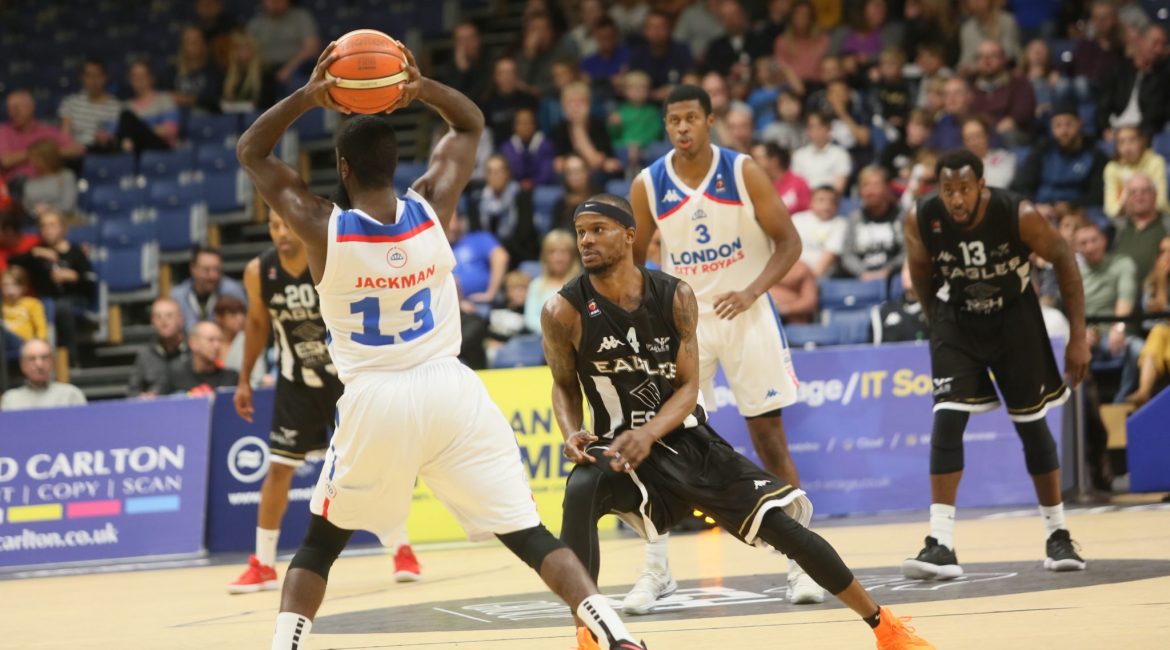 If they achieve that objective against Surrey Scorchers they’ll maintain their 100% league record intact and remain on their perch atop The BBL.

On paper it should be a comfortable night for Head Coach Fab Flournoy and his team as the Scorchers are at the other end of the table with a 1 – 4 record including losses against Glasgow, London City Royals and Cheshire. All teams the Eagles have already beaten this season.

But Surrey did win last time out at Manchester and also boast the honour of having picked up the first Basketball silverware of the season following their stunning victory in last weekend’s British Basketball All-Starts Championship.

On route to that victory they actually downed Newcastle at the semi-final stage before completing their surprise tournament victory be defeating BBL Champions Leicester Riders in the final. But those games were over 12 minutes and tonight it’s back to the traditional 40-minute game and it’s at Fortress Eagles.

Newcastle come in to another home game on the back of a superb team performance in their last game when they defeated London City Royals 110 – 60. That was a game that saw Eagles’ new shooting guard Jeremy Smith make a very impressive debut and he’s looking forward to getting out in front of his home fans again.

“I’m still learning but it’s been pretty good so far and I’m doing okay. There’s still more to come. I’m enjoying learning from my team-mates and it’s a bit different being one of the younger guys on the team but I’m enjoying it. The coaching staff have helped me settle in well too and I enjoy working with them.”

“Last game was a good collective outing and showing and I think we played well as a team offensively and defensively. It was a complete game for us and I was just glad I could play a part. Hopefully we can continue to build on that.”

One thing Smith probably wasn’t expecting was the quirky format of last weekend’s tournament which he admitted took him a bit by surprise.

“It was a bit of a shock to the system but at the end of the day it was still basketball and fun to play in. But that’s done and we have to focus now on tonight’s game.”

It’s nice to hear Smith already seems to appreciate what playing for the Eagles is all about and knowing that there’s a certain way that they want to play and he wants to be a part of that. He’s also looking to extract a bit of revenge for that semi-final loss last weekend.

“For me personally just being able to play the game inspires me and it excites me and all the guys I play with are the same way and with the same competitive nature. It might be a little bit of sugar on the top if we beat them after Sunday but if we just look to play our basketball in a real game it should be fun.”

The fun starts at the usual time tip-off time of 7:30pm as Smith and his team-mates go looking for a win to set themselves up nicely before they complete their weekend with a tough trip to Plymouth this Sunday.