Six In A Row For Magnificent Eagles

Newcastle Eagles/News/Six In A Row For Magnificent Eagles 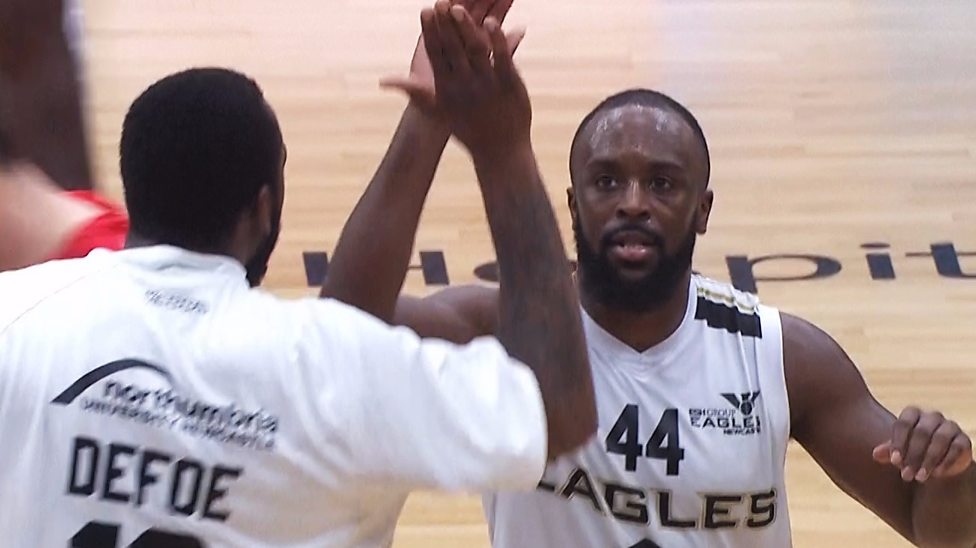 Fab Flournoy’s side were down 10 early on, but battled back to record an 89-82 victory on the night.

Rahmon Fletcher put up 33 points and added seven assists, while Scott Martin scored 15 points on his return from a brief injury absence.

The Lions came out firing with the opening nine points to move into an overall lead in the tie. Newcastle faced a 5-15 deficit before Fletcher moved to 13 points to haul his side back within three.

Seven straight points across quarters from Alex Owumi restored the double-digit lead for the visitors, but the Eagles enjoyed a dominant spell to storm in front and went up by six at the half.

The Lions fell behind by 10 in the third but continued to fight and cut the gap to two points heading into the final period after an 11-3 close.

However, Fletcher scored 14 points in the final period as the Eagles pulled further clear and secured a sixth consecutive BBL Cup Final appearance with a 14-point win on aggregate.