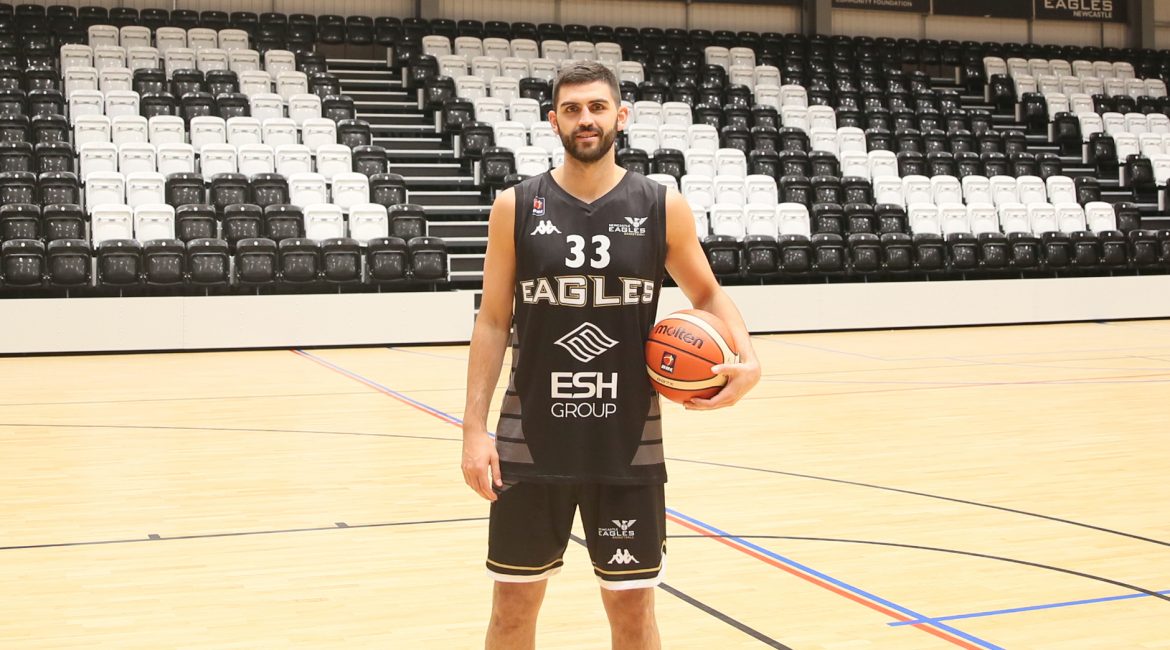 Newcastle Eagles’ guard Nick Schlitzer is banking on his BBL experience as he seeks to make an instant impact on Tyneside.

The shooting guard dipped his toes into British hoops four seasons ago during an encouraging campaign with Surrey Scorchers.

And Schlitzer takes on Sheffield Sharks tonight, in the first of two friendlies against the South Yorkshire outfit in three days, in determined mood.

“Any time you have a little more familiarity with what you’re getting in too it helps,” he said.

“But I’m just learning to get some chemistry with the guys here and it’s good to have a couple of pre-season games to get ready.

“I’m looking forward to getting two more in against Sheffield and getting the season rolling.”

As things stand Schlitzer won’t be joined by John Mitchell with the US import still grounded in his native New York.

Newcastle announced the forward’s signing earlier this summer but personal problems could now prevent a move to the Eagles.

“We have been in constant contact with John for the past fortnight and he won’t be joining us this weekend.” said the club’s managing director Paul Blake.

Schlitzer, meanwhile, may well be one of those players unaffected by MacLeod’s predecessor, Fab Flournoy, moving on to Toronto last week.

Flournoy played a part in recruiting the former Scorchers man but the new Eagle never played under him so MacLeod is his first Newcastle coach.

“It’s going great so far,” added Schlitzer. “It was kind of a shock to us to see Fab leave but I think coach MacLeod has stepped right in and kept things going.

“I think we’ll progress this weekend and be ready for September 20 and the cup match against Cheshire.”

As always, the start of the season is a learning curve for Newcastle’s new faces as players come to terms with new team-mates and unfamiliar surroundings.

But Schlitzer likes what he’s seen so far and is looking forward to the two fixtures this weekend against a Sheffield side that defeated the Eagles in last season’s playoffs..

“I think we’ve got a good group,” he added. “Everyone gets along. The guys are playing hard and working hard in practice and it’s just about building each day and getting ready for the start of the season.

“I think the two games this weekend will be really good tests for us. We’ve had Team USA Select and then got to play Worcester so it’s just good to get another two games with BBL opponents to help us prepare.”

Since playing at Surrey, Schlitzer has played in Georgia, Sweden and Iceland and admits it’s hard to differentiate between leagues.

“It’s tough to say as every league has it’s different styles and they’re tough for different reasons,” he added. “The BBL, I always felt, was a physical and more athletic league. I’m happy to be back and ready for the challenge.”

Schlitzer has looked solid in his two outings so far and looks like a player with a real team ethic who can help those around him and contribute many facets to the Eagles roster.

Tonight’s game against Sheffield at the Eagles Community Arena tips off at 7:30pm and is another chance for the new-look Newcastle team to come together and prepare for the season ahead.

They are likely to be without Sade Aded Hussein who continues to recover from injury.