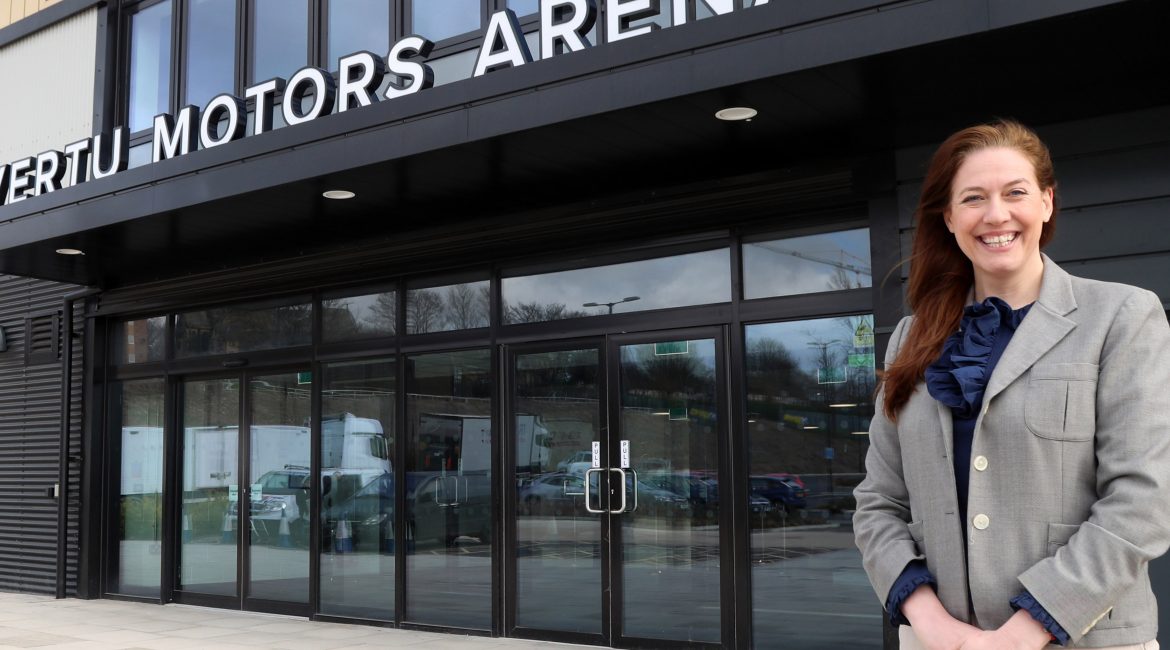 One of the North East’s leading indoor venues is fighting back this summer with a world class boxing card ushering in a summer of red hot action.

The state-of-the-art Vertu Motors Arena is at the forefront of the region’s indoor entertainment sector.

And Saturday sees live sport return to the venue for the first time in more than a year after Newcastle boxer Lewis Ritson sold out his homecoming bout in just two hours.

Ritson said: “It was a strange experience behind closed doors last time out so I’m thrilled fans will be returning.

“It’s always loud in Newcastle and I’m proud to have them behind me cheering me on.”

Ritson faces Jeremias Ponce in a Final Eliminator for the IBF Super Lightweight world title in front of a socially distanced crowd of 1,000.

Lewis Ritson interview on the return of spectators to boxing:

And this weekend’s big Matchroom Boxing fight marks the start of a packed summer programme aimed at putting the Vertu Motors Arena back on the community map following a pandemic-hit year.

In line with the easing of lockdown restrictions, the home of the all-conquering Newcastle Eagles basketball club will host a series of fan-friendly sports and entertainment events during the next few months.

Sam Blake, CEO at the Eagles Community Foundation, said: “We can’t wait to welcome spectators and our local community safely back into the Vertu Motors Arena on Saturday for what will be a memorable night for everyone.

“This is the first of many exciting events during the coming months and marks a proud moment for us all, given all the work that everyone here has put in to make it happen.”

Community activity and junior sport sessions will run alongside a series of high-profile sports and entertainment events throughout the summer at the multi-purpose Vertu Motors Arena.

On-trend 3×3 basketball is heading to Tyneside ahead of its debut at next year’s Commonwealth Games and talks are taking place to bring top class comedy to the versatile venue.

Chris Harris, Marketing Director at Vertu Motors, said “We’re thrilled that the arena will be welcoming people back through its doors to enjoy live sport and entertainment. The demand is clear and the team at the arena is ready to put on a great show.”

Last month the Vertu Motors Arena hosted the quarter finals of the British Basketball League play-offs — showcasing the venue to a national audience via Sky Sports.

Watch our venue transform for the 2021 May Madness BBL and WBBL Play-Offs:

Blake added: “We were at the centre of a high-profile event for the best teams in British basketball.

“Sixteen teams descended on the arena for eight games during four days.

“With Sky Sports in the house — as well as keeping everything COVID-secure — it was a challenging event but it showed just how flexible our venue can be.

“I was delighted with the way we staged such a successful event and I have no doubt this weekend will be the same.”