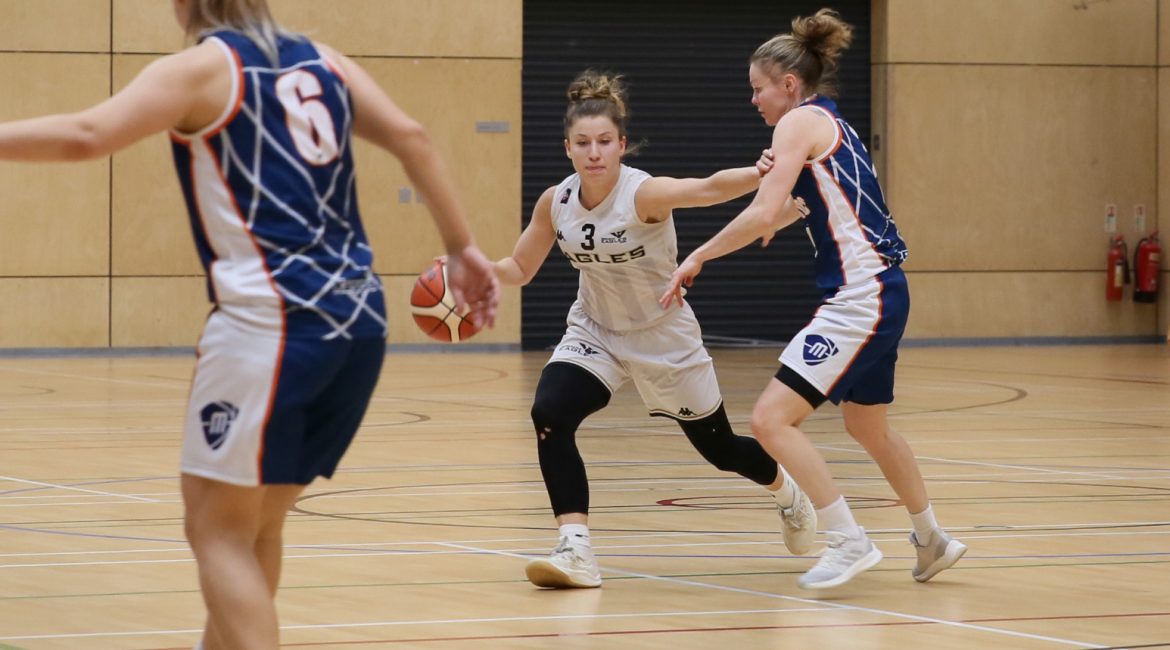 Newcastle Eagles missed the chance to take a four-game winning streak into next weekend’s playoffs.

But Chris Bunten’s in-form side came within a whisker of taking another top four scalp following an overtime thriller in Manchester.

The homecourt Mystics scraped a last-gasp win to seal a fifth victory in six games.

And Newcastle only had themselves to blame after the visitors opened up a double-digit lead in the fourth quarter.

Rheanne Bailey tied the game with 20 seconds on the clock to force the extra five minutes.

But the Eagles led again heading into the final 30 seconds of overtime only for Rachel James to land a big three and secure the points.

Bunten went into the Manchester match knowing he would have to juggle the will to win with sensible time management ahead of the playoffs.

But the return of Maya Price offered up an extra option in the paint and three wins on the bounce meant the Eagles weren’t lacking confidence.

The Mystics had already secured fourth place ahead of their final regular season clash at the National Basketball Centre.

But the hosts raced out of the blocks to take a 23-16 first quarter lead.

Newcastle trimmed the deficit to five heading into the half and stepped up a gear after the break to take a two-point lead into the fourth quarter.

Kara Bonenberger looked back to her best with a dominant display inside and the American forward went on to lead Eagles scorers with 21.

But former Team Northumbria favourite Evelyn Ovner proved a constant thorn in Newcastle’s side on her way to 15 points for the hosts.

And seventh-placed Newcastle must now regroup and refocus ahead of next weekend’s one-off quarter-final clash in the playoffs.

Bunten’s side will face either Sheffield Hatters or Leicester Riders in the post-season with the WBBL’s second and third-placed clashing on Sunday to determine their final league positions.