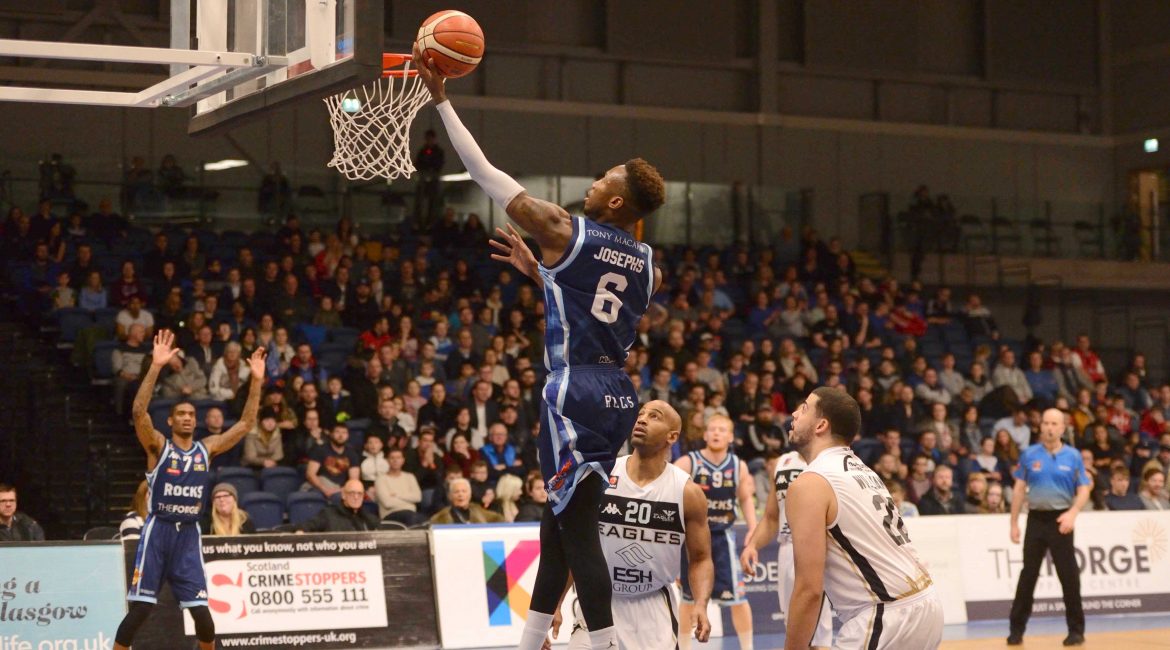 A misfiring Newcastle Eagles side were outclassed by Glasgow Rocks losing 92-80, their first loss against the Scottish side in over five years in all competitions at the Emirates Arena last night.

Fab Flournoy’s side were unable to bounce back from Sunday’s defeat against the Plymouth Raiders, losing back-to-back games in the league for the first time since April.

Newcastle’s Jaysean Paige top top scored for the visitors with 26, the returning Zarko Jukic getting 15 points.

The Danish international went straight into the starting line up for the away side, with Kai Williams also coming back form injury.

It was a slow-paced opening quarter, much different to their encounter in October earlier in the season where the hosts then lead 30-28 after 10 minutes, with the Eagles winning that game 119-106.

A high-scoring repeat never looked on the cards, with both sides taking time to get going. Drew Lasker and Zukic agile counter-attacking doing their best to bring a spark to the fixture. 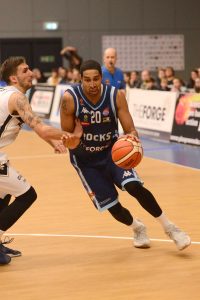 The hosts soon found their rhythm though, GB international Kofi Josephs draining his first three of the night to regain the lead as the Scottish side edged in front 19-16 at the end of the first quarter.

The travelling fans were in good voice, cheering their team along and the Eagles’ fan with the drum also being an ever-present distraction during Rocks’ free throws.

While in October’s game at Sport Central Newcastle ran away with the game in the second quarter, it was Glasgow’s turn to do so this time.

The hosts turned up the heat as they edged into a 30-20 lead four minutes into the second period, with Flournoy calling a time-out as the visitors looked to bring themselves back into the game.

Saah Nimley drained Eagles’ first three-pointer of the night with four minutes left on the clock in the second quarter, summing up Newcastle’s lack of a clinical edge on the night.

In a week full of positive news for Eagles fans, with work beginning on their new 2,800 capacity purpose built community sports stadium in Elswick, there was little reason to be happy in the second quarter.

The Eagles were only on target with 38 per cent of their field goal attempts in the first half, making only two out of 10 three point attempts, while Tony Garbelotto’s side were more ruthless with 54 per cent field goal accuracy, finishing the first half with a 50-34 lead.

But the Eagles attempted to make a comeback in the third quarter, bringing the scores to 67-56 as Newcastle looked to produce an unlikely comeback, with Jure Gunjina and Terry Martin scoring.

Nerves began to creep in as Tony Garbelotto’s team, as they themselves looking to get back to winning ways after losses to Surrey Scorchers and Bristol Flyers.

But with five minutes to go, the Rocks were still holding on to a 75-62 lead, with both sides looking exhausted at the Emirates Arena in a thrilling encounter.

But Newcastle were unable to turn it around, the hosts doing enough to see out the game and send Newcastle back down the M74 with a defeat.

Newcastle’s next game is at home to Surrey Scorchers in the BBL Trophy next Friday, tip-off is at 7:30pm at Sport Central.