Reggie Is BBL Player Of The Month

Newcastle Eagles/News/Reggie Is BBL Player Of The Month 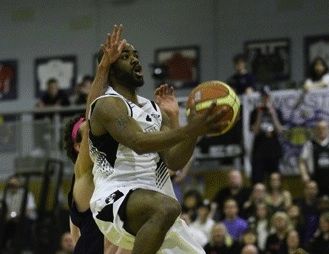 Newcastle Eagles playmaker Reggie Jackson is the Molten BBL Player Of The Month For March having made an instant impact for the defending BBL Champions ever since answering an SOS from the injury hit club.

When shooting ace Joe Chapman was ruled out for the season and player-coach Fab Flournoy was out of action with pneumonia, the club needed to bolster their squad and their first port of call was the man who pulled the strings last season.

Since being catapulted into the limelight at Sport Central, Jackson has been sensational and very much picking up where he left off last year. Crucially, his performances have been instrumental in ensuring the club now head into the last weekend of the season with a chance of successfully defending their title.

The point guard played eight games during a busy March and averaged 22.63 points per game with an excellent performance valuation of 18.88 per game. Towards the end of the month he also had to step up even further when his backcourt partner Trey Moore was also ruled out for the season.

However rather than just the offensive production of Jackson, it has been his quickness and effectiveness on defence which has made the real difference for the Eagles.