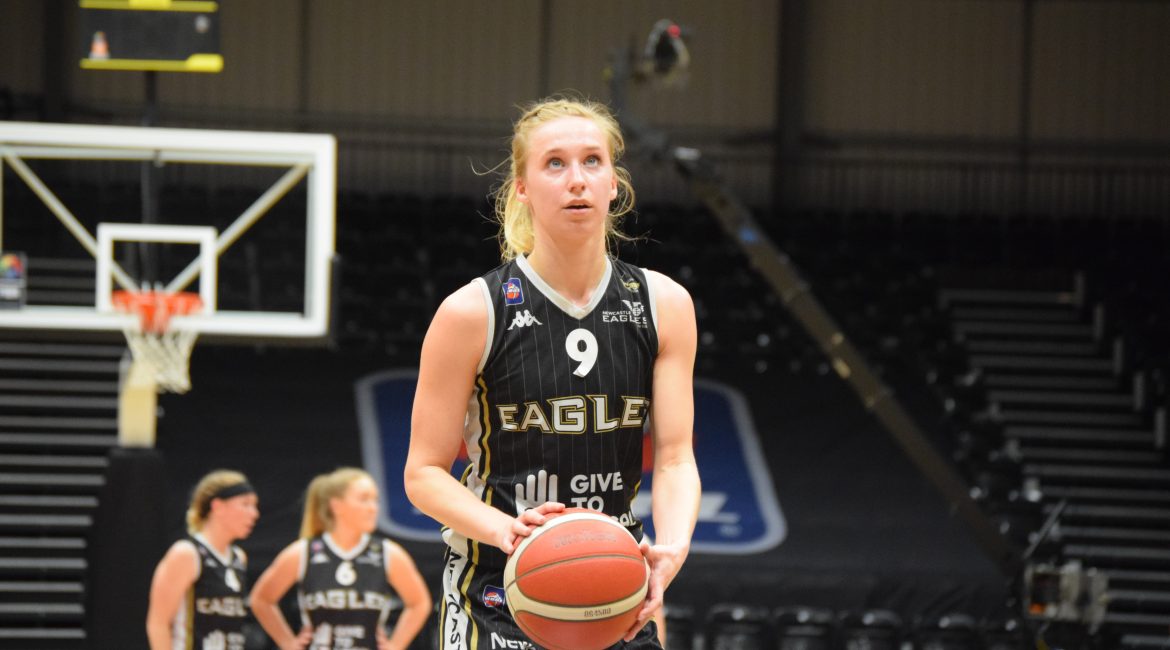 Abby Lowe insists Newcastle Eagles have reignited her passion for basketball just two years after quitting the sport she loves.

But Lowe revealed she was done with basketball following a bittersweet experience at college in San Diego.

“As a basketball player I haven’t felt so good for so long,” said the Newcastle rookie, following her explosive game-high 26-point performance against league runners-up Leicester.

“In fact, I wasn’t sure I’d ever enjoy being on court again after a difficult time in America.

“I thought I was done with basketball after I graduated college.

“When I did get the odd minute on court I was so lacking in confidence that I’d virtually forgotten how to play.

“In the end I gave up on basketball and graduated a year early.

“I came home not wanting to go near a court again — it just wasn’t fun anymore and hadn’t been for some time.

“That’s what’s made the last few days extra special. I never imagined I’d experience the joy of winning a big game again but all of those emotions came flooding back on Saturday night.

“Everyone loves an underdog win and as a player it feels great to upset the odds.

“I realised that when I’m having fun that’s when I play my best basketball. I just want to do it all again against the Suns!”

Lowe will need a repeat performance against league winners Sevenoaks if Newcastle are to make this season’s playoff final.

“The semi-final celebrations are over and as a team we’ve agreed to forget about the past and focus on the future,” she added.

“Prior to the playoffs we all fancied one last crack at Sevenoaks and now we’ve got our chance.

“It’s all about defence as far as we’re concerned. With players like Ali [Gorrell] and Maddy [McVicar] in the team we’ll always create chances.

“Scoring hasn’t been a problem for us this season. We just need to focus on being the best that we can defensively.”

If nobody predicted a Newcastle win last Saturday then fewer still will fancy the Eagles’ chances of a second upset in six days — in spite of the club’s spectacular victory against Leicester.

“If it ain’t broke, don’t fix it,” said Newcastle’s playcaller as he made his final preparations for another memorable win.

“Leicester was our best performance of the season so I’m asking the players to do the same again against Sevenoaks.

“I suppose you could say we peaked at just the right time but even I didn’t see that Riders win coming!

“I have to give huge credit to the players and it was a special game to be involved with.

“We’re massive underdogs again and so we’re back to square one. It’s a position we’ve found ourselves in many times before this season and we’re fine with it.

“We know the Suns have an incredibly strong roster and, in Ta’Yani Clark and Cat Carr, they boast two of the best players the WBBL has ever seen.

“They’ve both played up here with Team Northumbria in the past and we know their games inside out.

“We know the damage that they can do and we can’t allow them to get into any kind of rhythm.”

Bunten led TN to playoff glory at London’s O2 Arena in 2016 with an injured Clark an inspirational leader from the sidelines.

And he added: “That’s Ta-Yani all over. On and off the court she makes things happen and she’s an incredible team-mate.”

Bunten will hand a fitness test to Ori Chukwu-Etu ahead of tonight’s tip-off (5pm) after the Eagles Academy graduate picked up a head injury last month.

Both of this weekend’s WBBL semi-finals will be screened live on the Sky Sports YouTube channel.