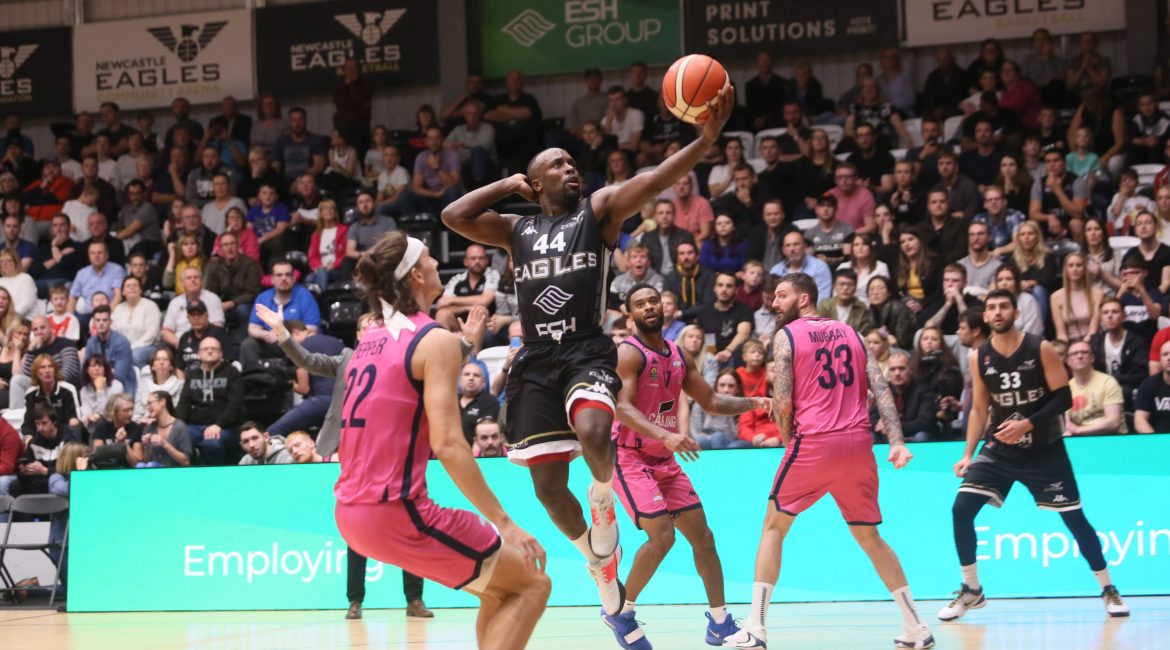 And the in-form American can’t wait to play his part in what promises to be a typically feisty fixture showcasing some of the BBL’s very best attacking talent.

But Newcastle’s two-time league MVP said: “There are a lot of players in this league who I have a good relationship with and who I like to watch.

“I’m not at the point where I need to steal from any player in the BBL but I do appreciate what Nick brings to the table.

“Sheffield have always been a tough team. Atiba structures his sides in a certain way with a steady point guard, two or three bigs and a player like Nick.

“He’s the type of guard who can hurt you if you have an off-night and we’re well aware of that.

“Sheffield has always been a big game for the Eagles. They’re our closest rivals and we’ve had some real battles over the years.

“We’re the top two teams in the BBL Cup north group and so I don’t see that situation changing any time soon.”

Unusually, Sheffield have had the better of their matches with Newcastle of late with the Sharks winning four of the last five competitive fixtures between the two teams.

Lyons’ men dumped the Eagles out of the playoffs five months ago and squared a competitive summer pre-season series 1-1.

But Fletcher and co. have yet to lose inside 40 minutes this season – Newcastle’s only defeat coming in overtime against Glasgow Rocks – and both of tonight’s teams showed flashes of their attacking flair at last weekend’s BBL All Stars event in London.

“I think we’re starting to look good as a team and we’ve got 11 or 12 players in practice every day now – all pushing for minutes,” added Ian MacLeod’s backcourt general.

“We’re still at the point in the season where we’re focusing on what we can achieve as a group and what we need to do.

“Due to injuries and other issues there have been a lot of changes on court already but the new BBL Cup format allows for that.

“The top four teams from each group qualify for the quarter-finals so there’s room to make some changes.

“It’s not like dropping a league game where one defeat could really cost you.”

Fletcher and fellow left hander Rodney Glasgow have forged an instant understanding in the backcourt.

But the latter could find himself back on the bench for the Sheffield showdown with coach MacLeod ready to shuffle his pack.

Glasgow is still awaiting a new passport which, when issued by US officials, is expected to confirm his dual nationality. Until then he is classed as an American.

And should Mike Morsell come through a late fitness test then Newcastle would be forced to omit one of their three ‘pure’ imports.

But MacLeod refuses to sweat on a situation that changes daily and said: “It’s something we’re continuing to monitor.

“I’m focusing on the Sheffield game and we all know what they’re about. They’re the best half-court team in the league but we’re ready for them.”