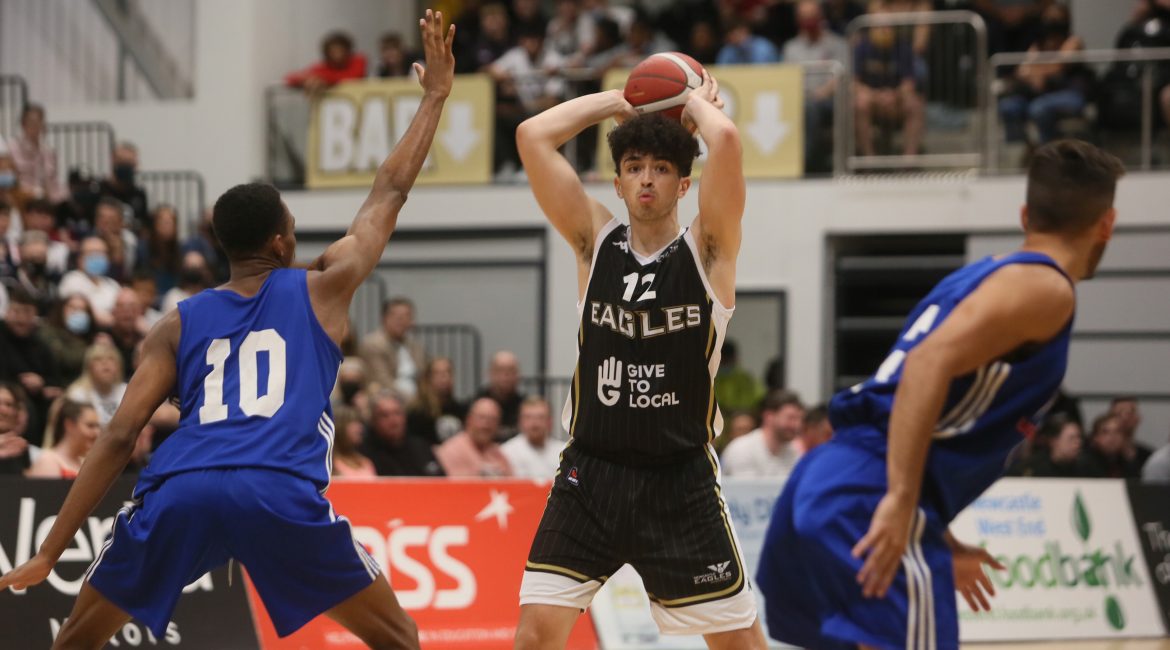 Elvis Presley used to sing “It’s Now or Never.” That might be exaggerating it a bit but there’s no doubting that Newcastle Eagles desperately need a win to kick-start their season and have a chance of retaining the BBL Cup they won last January.

The next opportunity for them to do exactly that comes in the visit of Cheshire Phoenix to the Vertu Motors Arena tonight but it’s not going to be easy. Phoenix arrive on the back of a win over Glasgow Rocks and are currently top of the BBL Cup North Group.

Eagles second-year man and former Cheshire player, Louis Sayers is aware that his side need to get that victory and whilst previewing tonight’s game he also looked back at the latest loss in Manchester on Sunday.

“We felt pretty comfortable in the first half but after that we lost our way a little bit. We possibly lost a bit of concentration but they came back really strongly in that second half. They got a little bit of momentum; our defence wasn’t as good and we couldn’t get a handle on the game.”

“We’ve been working hard all week in practice to get that back and hopefully we’ll put a forty-minute performance in against Cheshire.”

The North Group still looks wide open with no one able to predict which way it’s going to go. The Eagles may be winless and at the foot of the table but they still have five very winnable games to play starting with tonight. Sayers is aware though they need to find their feet quickly.

“We’ve had a very tough preseason trying to gel as a team with guys coming in later than we wanted. That might be some of the reasons for the inconsistencies in or performance but at the same time they’re reasons but not excuses.”

“It’s just small margins but if it’s not on your side then it doesn’t chalk up as a win. It’s those little things that we need to adjust that will hopefully get us those extra few points that means we might grind out a win in some of the tougher games.”

There’s no doubting that Cheshire is one of those tougher games and Sayers is well aware that his old club have put together a really strong looking roster this season.

“There are some familiar faces that have maybe left and come back that I know like Mike Ochereobia who’s having a good season so far. They’ve put together a good British core, young guys too. They’ve complimented that with good Americans as well some who have played in the BBL before.”

“They’re definitely a team to watch out for. We’re not going to take them lightly. But the main thing for us is to concentrate on us and our game. We need to try and get that right as once we do that we’ll be where we want to be and should be fine.”

Tip-off at the Vertu Motors Arena is at the usual time of 7:30pm. A big expectant Eagles fanbase will be packing the seats in the hope that their favourites are ready and able to deliver that first win.

Tickets are still available on the box office.