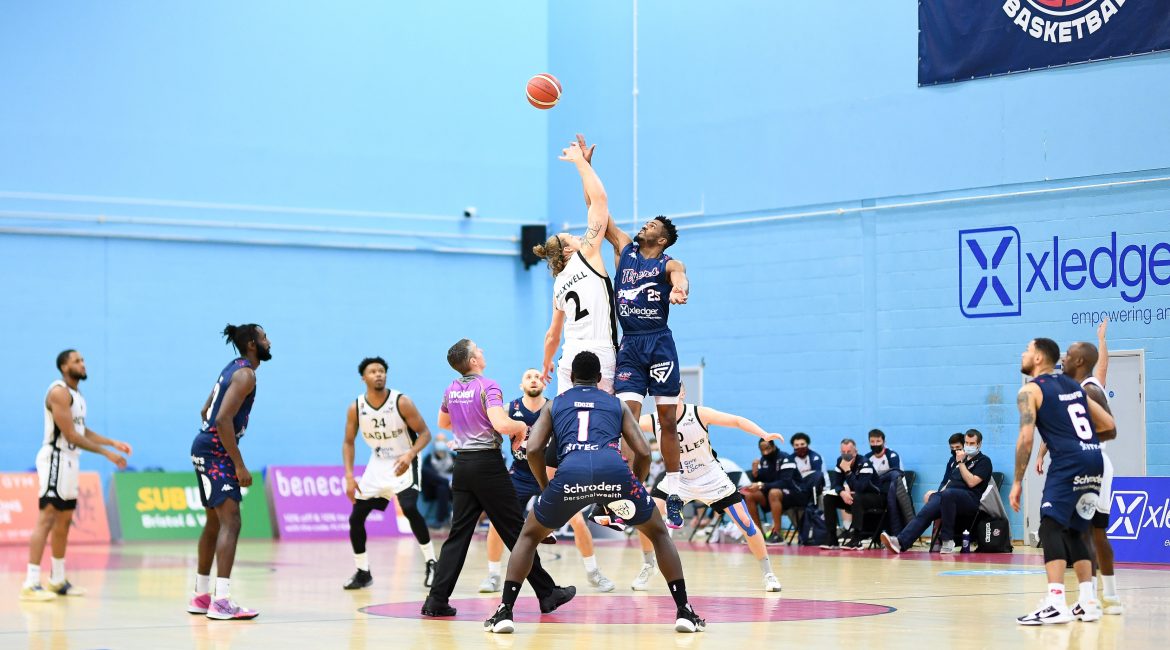 Tonight’s BBL Championship tip-off at Bristol Flyers has been postponed in accordance with the BBL’s Secure Play Protocols.

In a statement on their website, Bristol Flyers said: “Coach Andreas Kapoulas, Teddy Okereafor and Ben Mockford as well as other members of the GB National Team were last night instructed to self isolate until the end of the week by the International Travel Contact Tracing Team of Public Health England, due to a person on their recent flight home from Montenegro subsequently testing positive for COVID-19.

“During the league’s routine testing protocols, all Flyers players, coaches and staff were tested last Wednesday (24 February) and again yesterday (Monday 1 March), with everyone returning negative COVID tests on both occasions.”

The Flyers have also been forced to cancel their fixture against London Lions this week which was due to be live on Sky Sports, instead the game between Worcester Wolves and Surrey Scorchers will now be shown.

The Eagles, BBL and London Lions all support the rearrangements in order to ensure the health and safety of players and staff of all teams.

Eagles WBBL at Essex Rebels No Longer Going Ahead As Planned

New dates for the postponed games will be announced in due course.

Bristol have confirmed that anyone who has already purchased a Flyers TV game pass for tonight’s game will be automatically refunded.