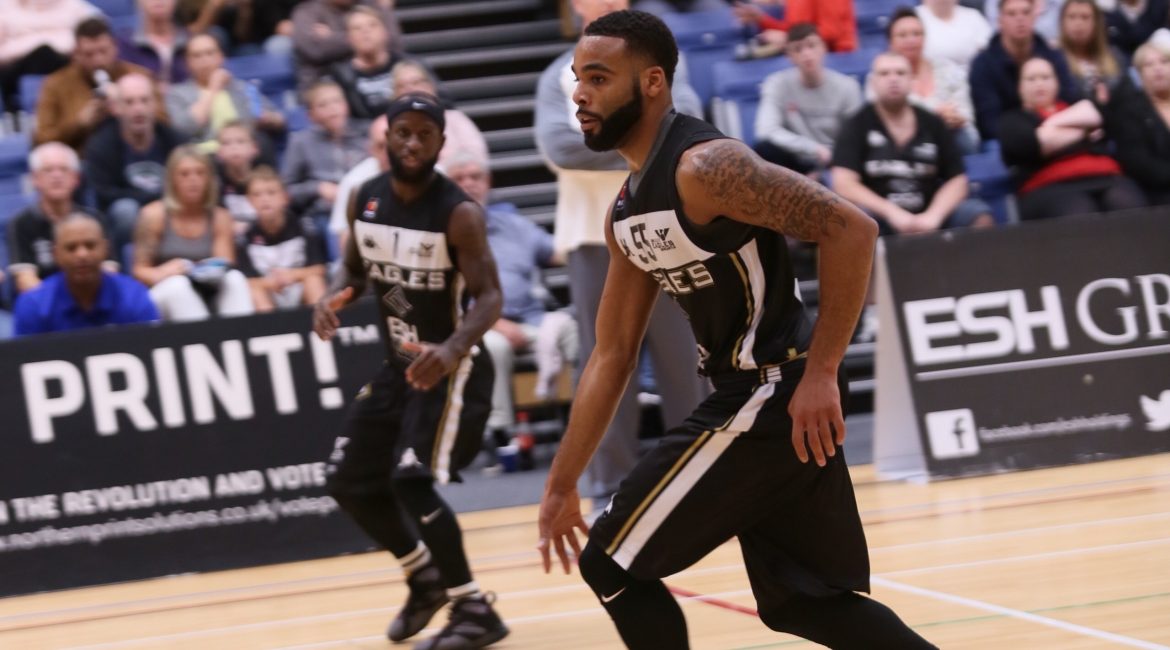 Jaysean Paige has set his sights on becoming a Newcastle Eagles success story after launching the latest chapter in a stellar career.

The explosive shooter arrived on Tyneside via NCAA Division One heavyweights West Virginia Mountaineers and stints in Germany and Macedonia.

And the word is Paige has the talent to become Newcastle’s headline act following the close-season exit of fan favourite Rahmon Fletcher.

“The tradition of Newcastle Eagles is what really drew me to the club,” said Paige ahead of Saturday’s pre-season showdown with cross-border rivals Glasgow Rocks.

“I looked at how the organisation grew from the ground up – how it endured a few difficult seasons before hitting its stride.

“I wanted to be a part of that tradition and play my own part on writing the next chapter in the franchise’s history.

“Newcastle needs to get back to winning ways – success is what the last decade has been built on. That’s the goal.”

Paige was one of seven players handed Eagles debuts against a Team USA Select side last week.

And every one of Newcastle’s new faces was on the scoreboard before the first period buzzer sounded.

If it was impossible to pick a star man on a night when everything went right for the revamped hosts then Paige turned heads.

And the lightning quick guard looks a sure-fire starter when the new BBL campaign tips off later this month.

“My home debut was a good experience and everything I expected,” added the 23-year-old. “I just wanted to get out there and feel my feet on the court after a week with the Eagles.

“Everybody played well and the new players are already settling in on and off the court.

If Paige is driven by success on the court then getting to grips with British roads is the biggest challenge he faces off it.

The second year professional has eased himself into Fabulous Flournoy’s notoriously tough training regime and made an instant impression on Newcastle’s demanding player-coach.
But the hard work starts when it’s time for home.

“I’ve just got to get used to driving over here,” added Paige. “Right now my focus is on basketball.

“I’m working so hard on my game that I don’t have time for much more than music and rest when practice is over. But I’ve got learn to drive on the right side of the road!”

Paige must find his way to Benfield Centre For Sport on Saturday when the Eagles suit up against former coach Tony Garbelotto and the Rocks (3pm tip).

And Newcastle are back in action at the same venue less than 24 hours later for a hotly anticipated derby against Division One champions Team Northumbria (1.30pm tip).

Tickets for both matches are on sale now: