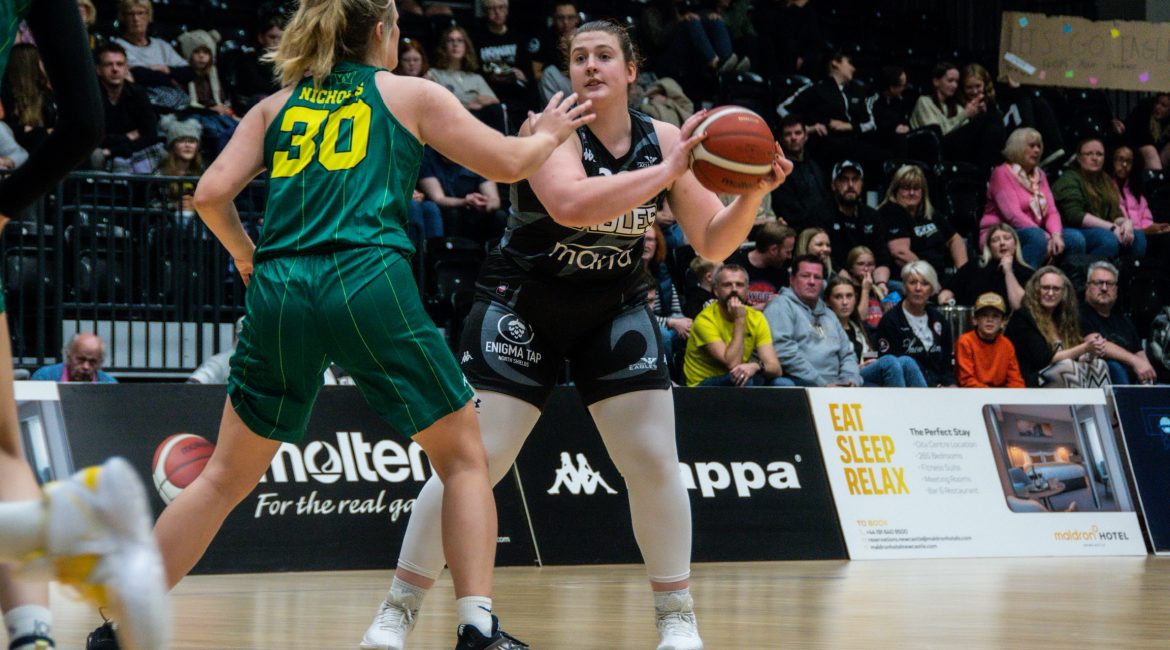 Instrumental in our Eagles picking up their first win of the WBBL season, Katie Nolan has been rewarded with her first starting spot in the league’s All-Star Five.

Our newly recruited 6’1″ centre flew into Tyneside straight out of Seton Hill where she averaged a double-double.

Nolan already picked up the game MVP title as our Eagles edged out the Nottingham Wildcats to pick up the ‘W’ at the Vertu Motors Arena on Saturday night.

The American finished with a team-high 17 points and grabbed 15 rebounds, shooting 7-9 (78%) at the free-throw line, as she proved hard to handle throughout and coming back from an early deficit.

An impressive performance at both ends of the court from Chloe Gaynor with her own double-double of 10 points and 15 rebounds won her a place on the team of the week’s bench.

See the full pick of players on the WBBL website.