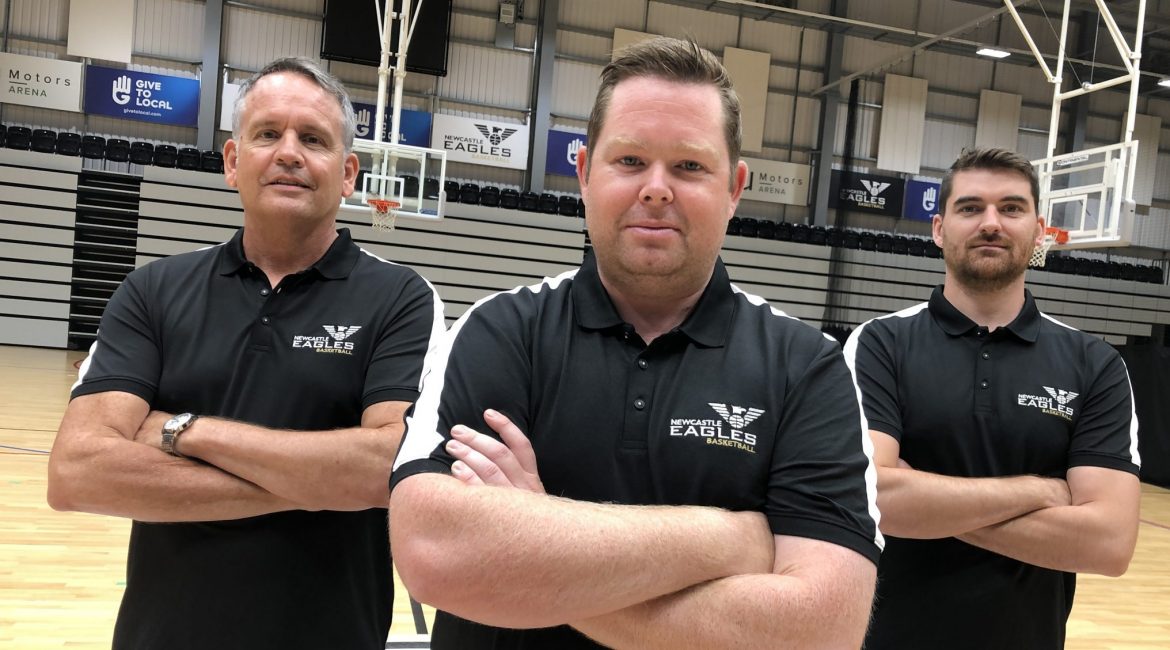 Rising star Jack Burgess will double up as BBL lead assistant coach and head coach of the club’s EABL Academy side.

“When we made it clear that we were looking to expand the coaching team we had the thick end of 100 applications from candidates based all over the world,” said MacLeod.

“It’s fantastic to know that Newcastle Eagles’ reputation extends far and wide and that so many top-quality candidates see it as a positive move to develop their careers here.

“I’m absolutely delighted to be able to bring Jack and Gary on board. They bring a wealth of experience to the club and will be invaluable to me as assistant coaches.

“I am extremely grateful for the efforts of Mark Elderkin last season. His assistance alongside running his own programme with Team Newcastle at NBL1 was much appreciated.”

“However, Mark has his own programme to run and we decided it would be best to take a new direction with the coaching staff.

“Having a full time assistant is imperative at this level of the sport. It is important not only to the head coach, but for the provision of support to the players.”

Burgess arrives on Tyneside with a CV that boasts experience in Europe and Australia.

The Scot played for the Glasgow Rocks during the 2010-11 campaign before focusing his attention on coaching.

And Burgess forged his reputation as one to watch during a successful three-year stint as a junior coach with Spanish outfit Zaragoza.

A move to Aussie outfit Brisbane Bullets allowed the former guard to gain invaluable experience of top-level hoops Down Under.

And Macleod added: “Jack’s experience is matched by his enthusiasm and I’m already enjoying working with him.

“He’ll bring a lot to our junior programme and that’s a huge focus for the club moving forward.

“I am also keen to see Jack’s influence on the BBL side. He moved Spain to continue his own development and he will continue to grow here in Newcastle.”

Stronach relocated to his native North East following a successful stint as player and coach with Plymouth Raiders.

And the experienced playcaller has been considering a move back into British basketball for some time.

“Gary can bring something different to our bench and when he got in touch it seemed like a natural move,” added MacLeod.

“He has been out of the game for a few years but I am glad he has agreed to return. He has a wealth of experience and I’m delighted to have him on board”.

MacLeod, Burgess and Stronach will oversee their first game together when Newcastle host the touring USA Select side in this week’s sold-out pre-season friendly at the Vertu Motors Arena.