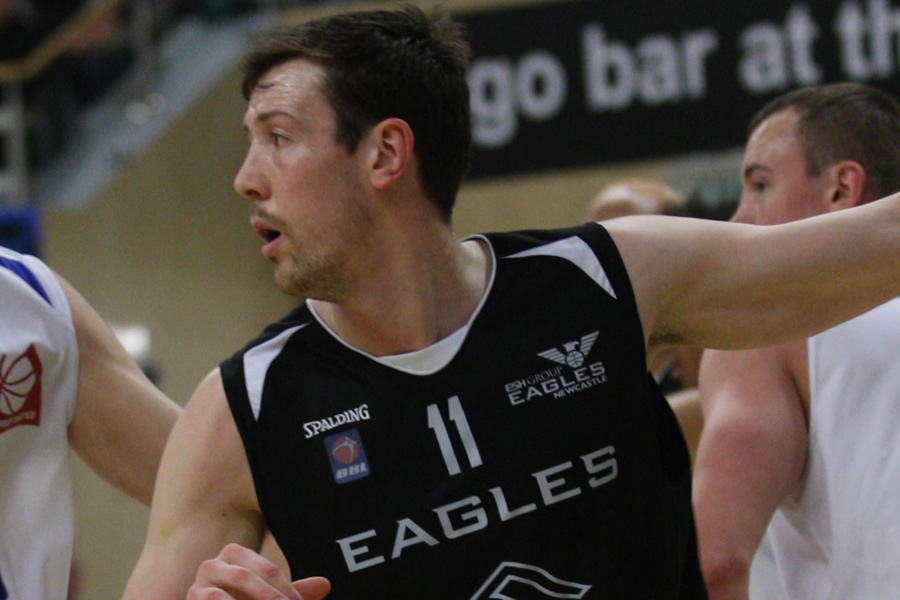 Paul Blake
Surrey Scorchers v Esh Group Eagles Newcastle
Where and when:
Surrey Sports Park, 3.00pm Sunday 13 March
Summary:
Esh Group Eagles Newcastle complete a weekend double-header with the long trip to face Surrey Scorchers on Sunday.
The leaders host BBL Championship title rivals Worcester Wolves on Friday, before taking on Surrey, who they have not lost to since they were under the guise of Surrey Heat, back 2013.
Scorchers produced one of the performances of the season  to come from behind and beat London Lions last month before almost repeating the trick against Cheshire Phoenix.
But that capital success remains their only league win since mid-December and they must begin picking up the points if they are to mount a meaningful Play-Off push.
Last time they met:
Esh Group Eagles Newcastle 99 Surrey Scorchers 67 (BBL Championship, Sport Central, 08 January 2016)
Form:
Scorchers: WLLLLL
Eagles: WWWWLW
Three Points:
What they say:
Scorchers coach Creon Raftopolous: “The last two games we have rotated six players with Elvisi Dusha out injured and I feel I’ve found a core we can hopefully retain and move forward with.
“We need to finish off the season with continued 100 per cent energy and committed performances for our fans in appreciation of the great support they have given us this season. Hopefully with a little luck the good performances can turn into wins.
“We know they are battling Riders for the Championship so won’t take us lightly and we will have to be at our best to give them a challenge on Sunday.
“They are an experienced unit and it’s funny to think between Charles Smith and Andrew Lasker they have more years of pro and BBL experience than our whole team combined.
“It’s important we continue to improve our communication on defence and try and find our shooting hands from behind the three-point line, which has hurt us all season. Andreas Schreiber has been like a new player in the last few weeks and I’ll look to him, Tayo [Ogedengbe] and KC [Ross-Miller] to lead us in Sunday’s game.”
Eagles forward Andy Thomson: “It’s a long trip and will be an early morning start for us.

“With them trying to get into last Play-Off spots, it’s a dangerous team to be playing. While we’re fighting for the league title, their season is on the line so I expect them to fight.