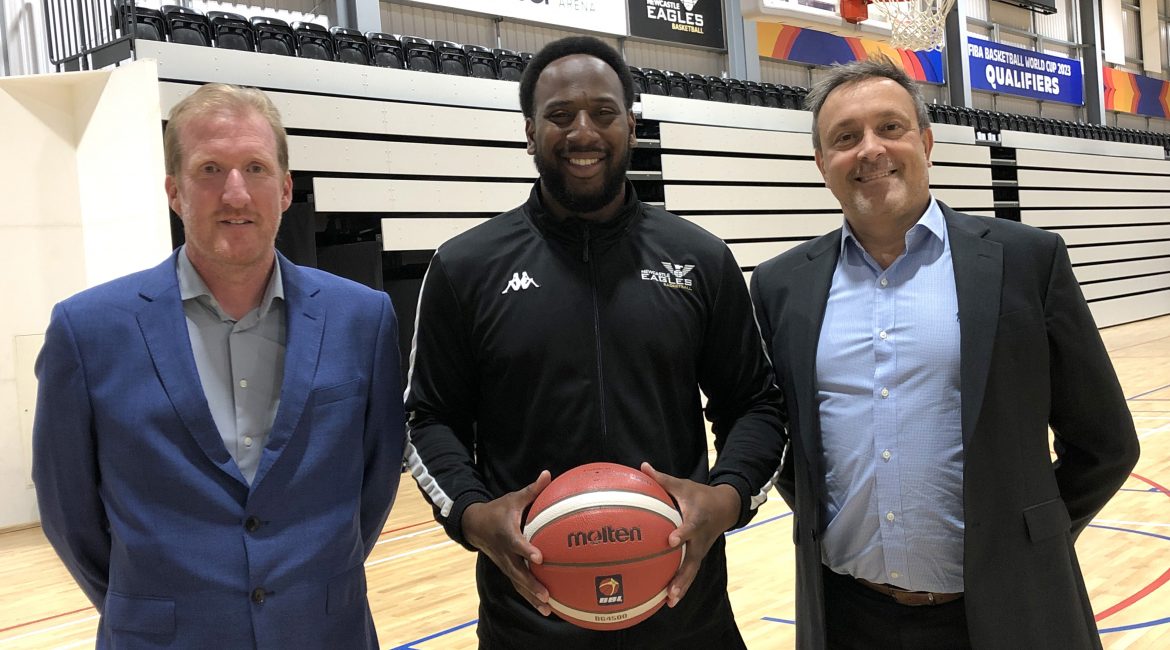 Sintons has continued its support of the North East’s most successful sports team through reaffirming its commitment to Newcastle Eagles for the 2022-23 season.

As the most successful team in British Basketball League (BBL) history, the Eagles are a huge name on the national and international sporting stage with their multi-purpose arena home also now globally renowned for hosting world-class events.

The basketball club it remains committed to its North East roots, with the Eagles Community Foundation supporting schools and thousands of children in the region who take part in sport and physical activity.

Sintons have been a keen supporter of the Eagles for a number of years, with guests attending every match at the Vertu Motors Arena.

The law firm has also supported the club and foundation with legal work, including the landmark move into its new home on the city’s Scotswood Road, overseeing the construction and corporate aspects for plans to become reality.

Now, Sintons has affirmed its status as a corporate supporter of the BBL team for another season.

“The Eagles are a huge asset to the North East, both through their unrivalled levels of sporting success and also the commitment they make to the local community through the Eagles Foundation,” says Christopher Welch, managing partner of Sintons.

“It has been a great privilege to work with the Eagles team for a number of years now, supporting them in the development of the club and its infrastructure – not least through the major investment of creating a new stadium, which has also been highly significant for Newcastle as a city – and giving them our backing on the court.

“We are delighted to commit our support for another season and look forward to attending matches at the Vertu Motors Arena and cheering the Eagles on to yet more success.”

Paul Blake, managing director of Newcastle Eagles, added: “Sintons continued support both as a sponsor and with their unrivalled legal services throughout the years has been huge for us.

“My thanks to Chris, his fellow partners and colleagues for being a big part of our journey so far and in the future.

Find out more about Newcastle Eagles 2022-23 season sponsorship and hospitality opportunities on our website or email [email protected].