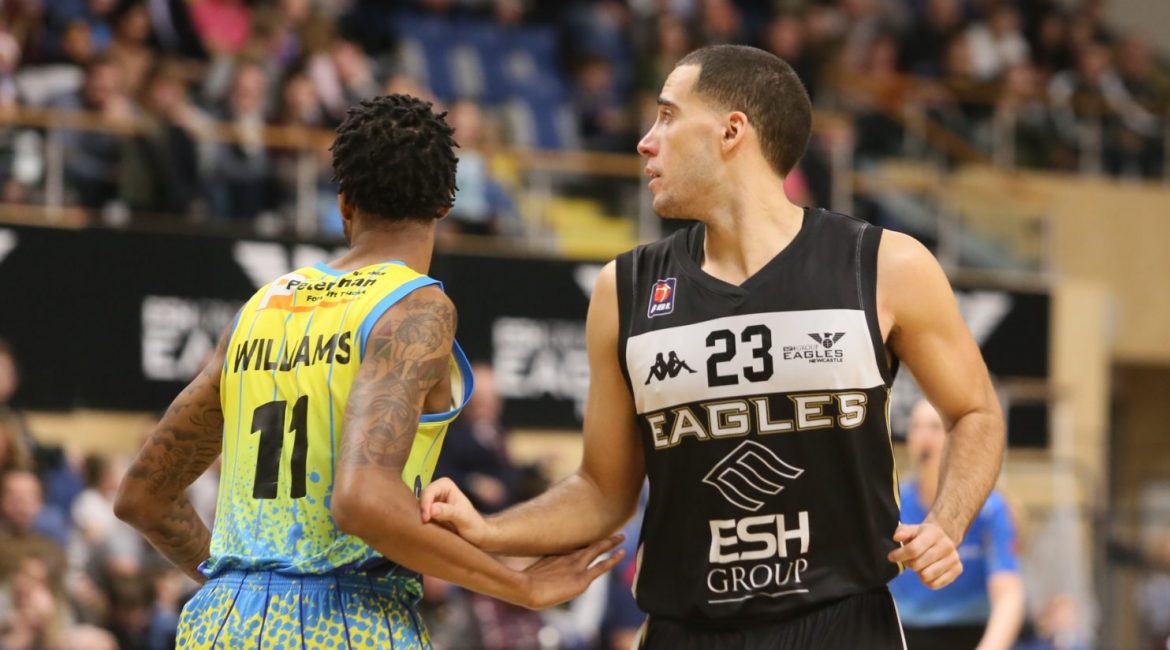 In the latest instalment of our summer series on former Eagles and faces of British Basketball with connections to the club our LBTV commentator and coaching assistant Jeff King, or ‘Uncle Jeff’ to our players, caught up with 6’6 forward Kai Williams about playing for us last season…

As the close season continues and we start gearing-up for pre-season and the anticipation of a new season and the signings to come I took a step back and asked “Gentleman” Kai Williams about his 2017/18 Eagles experience, what’s happening this summer and what he hopes is to come.

The interview is shown as I asked it and as he answered, and it makes for interesting reading and gives a great insight to Kai’s personality and traits and we he was always such a pleasure to interview last season.

A lot of expectations on The Eagles when the season started but a disappointing one overall as it ended. Who would you assess it?

“I think every team can look back on the season and feel disappointed or that they could have accomplished more – outside of the team that ends up lifting the trophy. I think that we were in a position this season that most BBL teams deal with.”

“A large new group of guys coming in and trying to mesh as quickly as possible to have as much success as possible. Overall I am happy with everyone’s commitment to the team and effort week in and week out.”

What about your own performances?

“I am thankful for the opportunity to play last season but not satisfied with my individual input and the teams outcome so hoping to have a great summer, so I can improve individually so that I can help the team in whatever way possible.”

When Kai says “the team” don’t read much in to that, he means whatever team he signs for!

What were your thoughts when signing for The Eagles and how did it shape up to them?

“I knew that I was coming to a professional club on and off the court and that a lot would be expected on and off the court. It has been a great experience and helped me grow as a player and person. Everything has been great, and I am truly thankful for the opportunity.”

What were your highlights and lowlights?

“A highlight is always getting to play on the same team as my brother, that will never get old for us. Some of the lowlights would be all the injuries we had throughout the course of the season.”

Do you think so many players not used to The Eagles/Fab’s way contributed to the end result?

“I think getting a brand-new group of guys to mesh well and quickly is tough no matter where you are. Think of all the teams with the most recent success in the league, for the majority they have had a core group of familiar players, so it’s been a smoother transition for them.”

“I think that in all everyone was trying to buy in, but our constant revolving door of injuries caused so many steps back in our continuity.”

Despite the results and how it all finished you still seemed to enjoy being part of The Eagles?

“This season was a great learning experience and I truly have enjoyed my time up in the north east. The club exceeded all my expectations and I am very thankful for this past season.”

Difficult question to answer but what would you like to do next season?

“That’s an easy question. I would love to be back up here with the Eagles trying to win as much silverware as possible and breaking in that new arena!”

You’ve got a pretty big gig coming up in the summer, has Verity got you prepared for the wedding?

“We are pretty much all set for the big day! A few smaller things to figure out but we are both really looking forward to celebrating with friends and family from all over the globe!”

What plans have you following your wedding?

“We will be doing a short trip to Spain for a couple weeks and enjoying our time as new dynamic duo. Then heading back to get ready for the upcoming season and whatever life has in store for us.”

Anything else you want to add or think you should add? Thanks, acknowledgements, shout outs?

“I would like the thank the management and coaching staff for the opportunity for this last season. The loyal fans for staying by our side through the ups and downs. Of course, my family for all the support and sacrifices they make for my brother and I throughout our seasons overseas.”

Hope you enjoyed it and join with me in thanking Kai for his time, his efforts for the Eagles and most importantly sharing my best wishes to Verity and him for their forthcoming nuptials and a great day and summer ahead.

Wherever he lands next season then the team will be getting a class act that appreciates and understands the commitment, sacrifices and work that’s needed to be successful as a pro-basketball player.