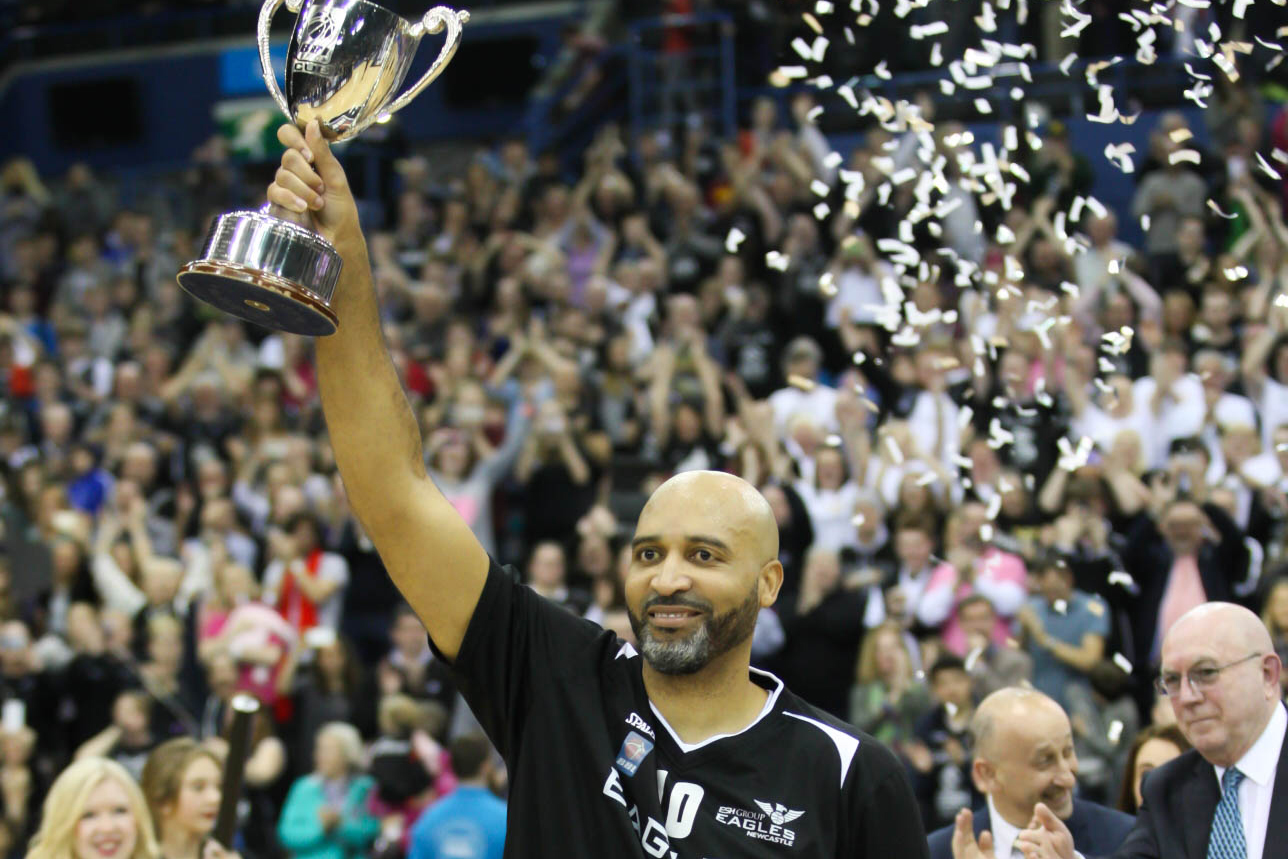 A packed Barclaycard Arena will provide the backdrop to a BBL Cup Final with a familiar feel on Sunday.

Between them, Esh Group Eagles Newcastle and Leicester Riders have won each of the last four Cup Finals – two each – meeting in three of them.

The clubs currently sit first and second in the BBL Championship too, and this will be their first meeting of the season, with Eagles on a 27-game unbeaten run stretching back to last season and Riders having lost just once this term.

Add two of the BBL’s most successful coaches in Rob Paternostro and Fab Flournoy – who made a sensational return to his playing role after nine months out last week – and some of the most decorated players in the League’s history, and the stage is set for what will no doubt be a memorable occasion.

Riders forward Drew Sullivan: “Andy Thomson is a winner, he’s been in these types of situations before and you can’t give him the space to perform. In fact, you can’t afford to switch off against any of their guys or you’ll get punished.
We have to go in there with the mind-set that we are playing as close as we can to our best.

“We have to play our game, we can’t go in there and say we’re going to do something special with Charles [Smith] or Joe [Chapman], which could affect the way we play our game as you are then playing into the opposition’s hands.”

Riders forward Jamell Anderson: “[Newcastle] are definitely a team we have met in the big games throughout the years, we will continue to focus on us, coach Rob [Paternostro] will definitely prepare us well for an exciting game.

“There’s a real buzz in the air with so much to look forward to. But the overriding feeling is focus. We know there are exciting things coming but more importantly we must stay focused and ready to compete every game.”

Eagles player-coach Fab Flournoy: “Personally it was nice to play after all the rehab. But more important was that we played well as a team [against Surrey].

“This week will be about preparing for the game both in relation to ourselves and the opposition. It’s our first game against Leicester so we haven’t done any in-depth scouting on them yet.

“When a trophy is on the line that is all the significance you need. Playing in big games is a privilege, which our team appreciates.”

Eagles point guard Rahmon Fletcher: “It’s nice to finally have our leader [Flournoy] back, our general, our chief. It’s good to have him back offensively and defensively because he has been seeing things that we have been struggling with all season before he came in.

“The biggest thing is him coming in on defence, that’s a huge thing. He’s our catalyst on defence and I know it was itching him, watching us in the games sometimes missing our assignments that he couldn’t do it, and now he is back and can cover up for us.

“Whenever we can play against Leicester, no matter what kind of game, I think everybody is going to be up for it and it is something everybody is looking forward to, fans and both teams.”