It Was Tense But We March On 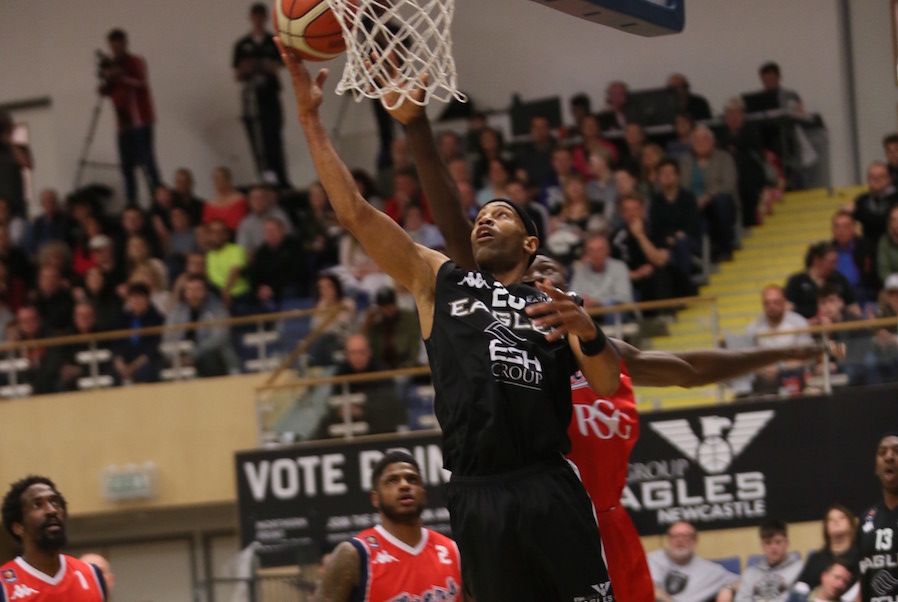 The Eagles had led by as many as 33 points in the First Leg before Bristol’s revival and the Second Leg proved to be a close-fought battle throughout.
Darius Defoe produced a big performance for the Eagles with 26 points and 10 rebounds with Rahmon Fletcher adding nine assists along with 20 points.
It was Bristol who made a bright start with a 2-9 run to take the lead in the tie for the first time and they were still ahead by the end of the first quarter at 21-26.

The Flyers restored their seven-point lead at 30-37 before the Eagles rallied with a 11-2 run, though they would trail by one at the half.
The lead continued to change hands throughout the third with Newcastle taking a two-point advantage into the final period. The Eagles led 78-69 midway through the fourth, but the Flyers set an exciting finish with an 11-2 run to take the lead.
However, the hosts held their nerve with Fletcher icing the win with three free throws as Eagles advanced.
Hameed Ali finished with 24 for the Flyers as their valiant effort fell short to end their third campaign in the BBL.