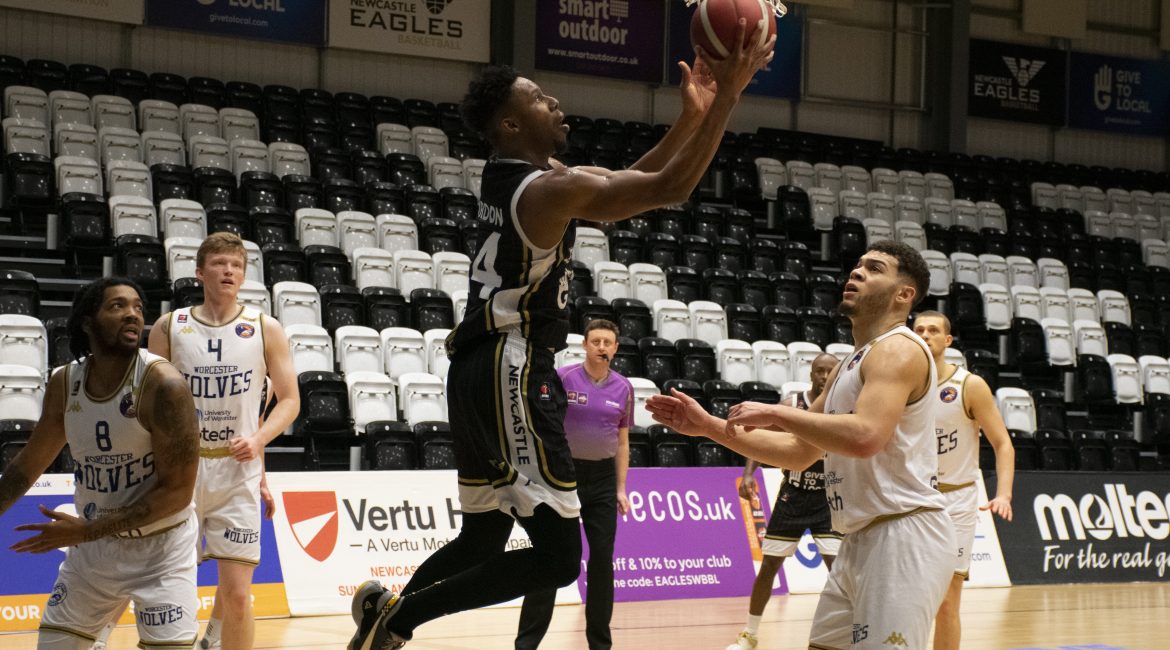 Newcastle Eagles’ Justin Gordon has made his fourth appearance of the season in the weekly British Basketball League All-Star Five line-up after another impressive performance on court.

Gordon’s double-double of 22 points and 14 rebounds in our Friday night win over Worcester Wolves when he shot 71% from inside the paint on 10-14.

The forward added two assists and two blocks in the game where 10 of his points came inside the first quarter as our Eagles led from tip-to-buzzer and established an early double-digit advantage.