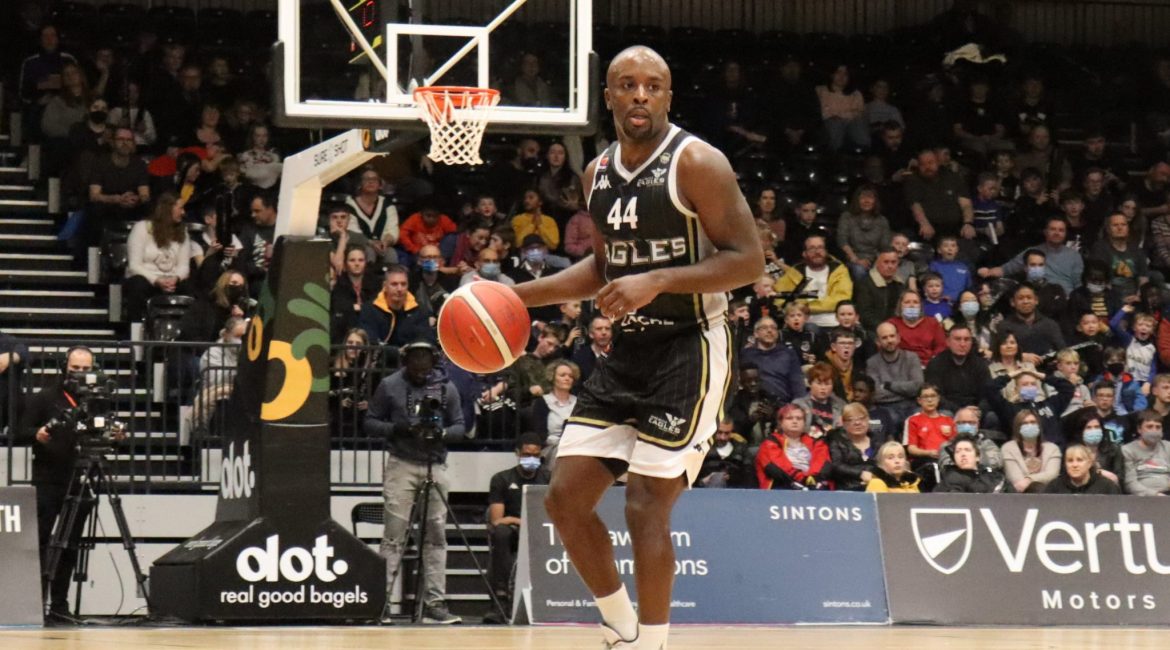 Rahmon Fletcher is relishing the chance to renew his rivalry with Geno Crandall as the best guards in the BBL lock horns for the second time this season.

Newcastle Eagles travel to Leicester Riders on Friday with the country’s leading playmakers certain to be centre stage in front of the Sky Sports cameras.

But Fletcher accepts there’s far more at stake than an eye-catching head-to-head with court general Crandall as the men in black look to bounce back from last week’s Bristol debacle.

“The fact that Geno is a second year player makes Leicester much, much stronger,” said Newcastle’s skipper.

“He’s totally comfortable with the way his team plays and with the BBL.

“Rob Paternostro has built the Riders team around Geno this season and he looks like a much calmer and more controlled player on court.

“There’s been no dramatic change in personnel down there — or in the way Leicester play this season — because the coach is the same and the point guard is the same.

“But it’s that continuity and mutual confidence that makes the Riders even more dangerous.

“I was pleased to see Geno commit his future to Leicester because it’s rare for the top US players in this league to stay beyond a season or two.

“As a point guard I know I’m biased but I love those battles against the leading players.

“It’s nothing but positive for the BBL that a player of Geno’s calibre has chosen to stay in the UK.”

But Fletcher is confident another live TV clash against the current league leaders can bring out the best in a team craving consistency.

“We can’t allow the mental lapses we suffered against the Flyers to snowball out of control,” added the Eagles’ number 44.

“We need to prevent one mistake becoming two and two becoming three and know when to stop and take stock when that happens.

“We’re not robots and we won’t perform to the same level week in, week out.

“But we do need to find a consistent level.

“We are trying to bed in a few new guys but it’s the middle of December now so how long can we use that as an excuse?

“We need to be quicker when it comes to making our in-game adjustments and we need to communicate better as a team.

“We’re not going to press the panic button but at this stage of the season of course there’s a sense of urgency.

“The London and Cheshire performances proved there’s been an improvement and we wouldn’t have come out of that weekend with two wins earlier in the season.

“It’s a question of how do we get to that level as a team where we can count on a winning performance week in, week out.

“This Friday is all about getting back to what we do best and proving that we belong in the same company as Leicester and London.”

A Fletcher-inspired Newcastle blew away title favourites London earlier this month before knuckling down to seal a triple overtime win at Cheshire 48 hours later.

But a 73-55 defeat to the Flyers at the Vertu Motors Arena suggested it’s back to the drawing board for Ian MacLeod’s Jekyll and Hyde side.

“Leicester are the best team in the league right now but if we’re going to achieve anything this season then we have to hold our own against the leading sides,” added Fletcher.

“But it doesn’t really matter who we’re playing this week. After last week we just need to prove something to ourselves and our fans.”

Friday’s BBL game is live on Sky Sports Mix (free for all Sky customers) and free to watch on the Sky Sports YouTube channel with all the build-up from 7pm and tip-off is at 7pm.