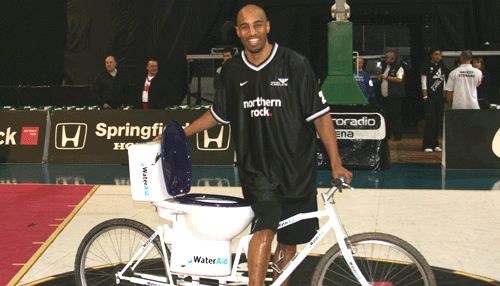 WaterAid provides clean, safe water, effective sanitation and hygiene education in 17 countries in Africa and Asia – things that we take for granted in the North East. Fab grew up in a very poor area of New York and understands what it is like to live in poverty.

Northumbrian Water appreciates his support of WaterAid which gives children hope and a future – funds raised on the night will save 14 lives.