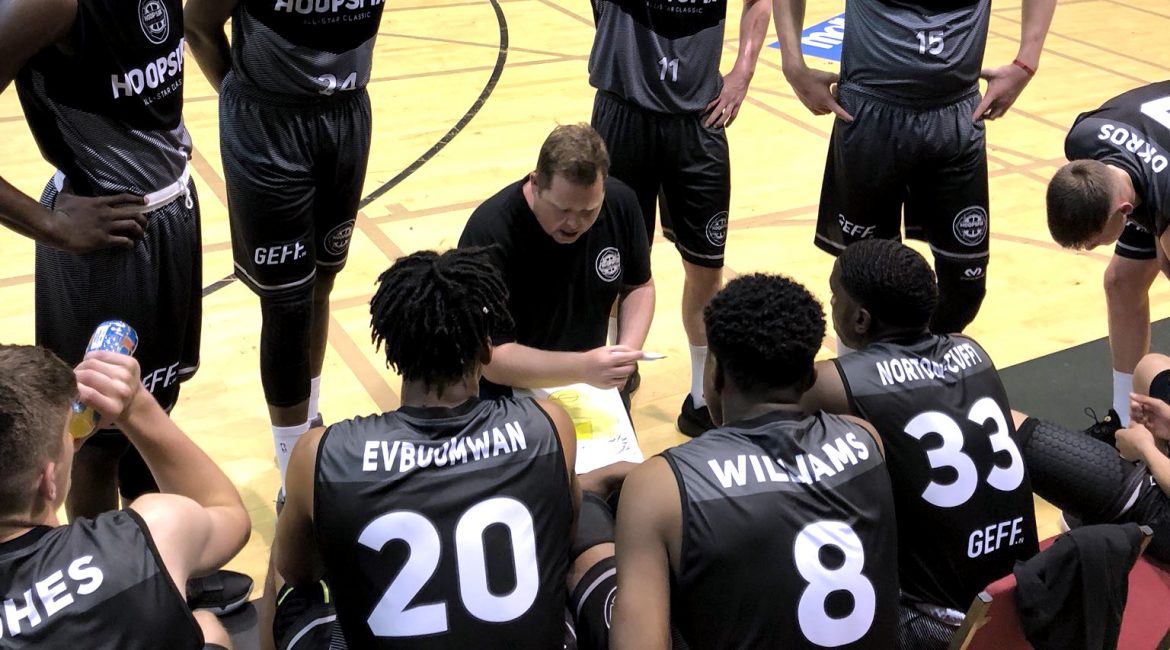 “Mac’s Blacks”, as they were dubbed by Eagles fans watching the action live, started strong with a 4-point lead at the end of the first quarter of this first-ever Underclassmen game and went on to come out on top of all four quarters to finish 85-71 over ‘Team White’.

Following the final buzzer, Coach Macleod said: “It was a privilege to be a part of such a prestigious event.

“It was also great to see so much young British talent on show. Especially, one of our own Academy products, Tosan, who showed he has what it takes to compete with the best in the country.

“It is rewarding to see the Eagles getting recognition nationally both on and off the court.”

Watch the full game on demand below or in a groundbreaking deal believed to be the first time junior basketball will be broadcast on TV in the UK in three decades you can catch highlights of the event on FreeSports this coming Tuesday night at 9pm.

Congratulations to Ian and Tosan on their win and also to the whole team at Hoopsfix on a fantastic event.