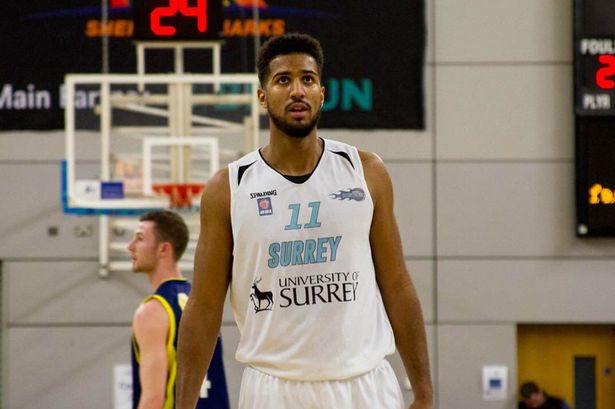 The 2016/17 Esh Group Eagles Newcastle are beginning to take shape and have further increased their roster with the signing of 23-year old 6′ 8″ power forward Christian Behrens.

Behrens who holds both US and UK passports was called up to the GB National Training squad in 2015 and is a powerful and athletic force that will bring a different dimension to the Eagles front-court this season. He’s delighted to be joining the squad.

“I’m so happy to be the newest edition to the Newcastle Eagles! I was drawn to this team because of its winning culture and incredible fan support.

“I will bring my heart, passion and energy to this team and do whatever it takes to continue upon the rich culture of winning. It’s all about winning with me and I won’t expect anything less from myself and my new team this upcoming season!”

That move didn’t quite work out for Behrens and he signed for Surrey Scorchers in the BBL in October through to February of this year, averaging a very credible 12.6 points and 7 rebounds per game in his rookie season.

Impressive numbers that saw him move to San Pablo Inmobiliaria Miraflores Burgos in Spain’s LEB Gold Division, where his team made the end-of-season Play-Off Semi-Finals.

Now he’s back in Britain with the Eagles, who are very pleased to have captured his signature as Head Coach Fab Flournoy commented.

“We are excited to have Christian here. He is an athletic forward who played at a high level in college and had an encouraging first year as a professional.”

The arrival of Behrens shows The Eagles moving in a different direction with their roster and outlook this season with more exciting signings soon to be announced.

The club are excited to be opening pre-season with the MKM Euro-Invitational on the 4th and 5th September. It’s a tournament of champions as the best of Belgium, Denmark and Estonia visit the North East. Eagles team and fans welcome 2016 Basketball Champions League participants Oostende, Bakken and Tartu to the North East, in what will be a great start to the season and the perfect warm up for the Eagles. Tickets for both days are available online and from the Eagles office on 0191 2453880 – don’t miss it!