Eagles Top Of Pile With Another Double Winning Weekend 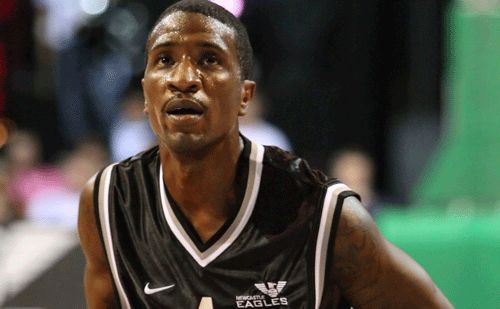 Newcastle Eagles extended their lead at the top of the BBL Championship with a hard fought 59-70 win at Jelson Homes DMU Leicester Riders.

Trey Moore once again demonstrated that he is one of the most ‘clutch’ players in the league as he scored 10 of his game-high 23 points in the fourth quarter as the Eagles managed to pull away from the Riders.

Riders began the match well and led 18-16 at the end of the first quarter. Eagles had the better of the second quarter though as a 10-0 sent the sides in at half time with the visitors leading 33-35.

Newcastle maintained their advantage in the third period to take a 50-52 lead into the final stanza. A 7-0 run to the start of the fourth quarter, with two by Moore, a three from Andrew Bridge and a two from Tap Toney, gave Eagles a nine point cushion.