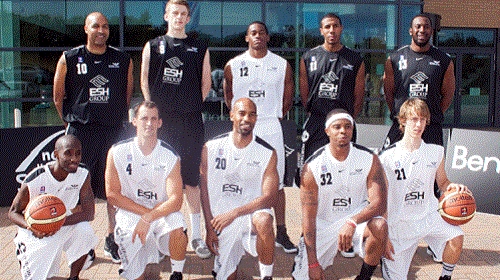 The Eagles tipped off their 2012-13 campaign in fitting surroundings, as Nike UK hosted the launch of the 2012-13 roster at their UK offices on Wednesday, including the unveiling of the new 2012-13 Eagles Nike team strips.

The club were privileged to be hosted by Nike UK, official apparel sponsors of the club since 2007. The event celebrated 5 years of support to the BBL Champions, a period in which the Eagles have won no less than 10 trophies.

‘We are very proud to be associated with Nike UK alongside all of our other partner sponsors. Nike UK has a rich heritage in the North East stretching back to the 80’s, when the offices first opened with none other than Brendan Foster at the helm. It’s amazing to think how the organisation has grown in the UK and globally since that time. We are looking forward to tipping off this year’s proceeding with Nike UK’.