Eagles Take Two At The Capital 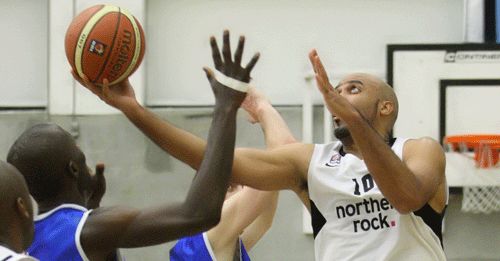 Newcastle Eagles moved themselves level on points with the Sheffield Sharks at the top of the BBL Championship table thanks to a comfortable 64-88 victory over the PAWS London Capital at the Capital City Academy on Sunday afternoon.

After a close opening quarter which saw the Eagles leading 21-24 heading into the second period, the visitors broke the game open with a 14-4 start to the second quarter to take the score out to 25-38. Both sides traded baskets for the remainder of the half and the Eagles headed into the locker rooms leading 32-46 at the half.

In the second half the Eagles continued to open up a commanding lead throughout the third period and took a 47-69 lead into the final stanza. In the final period the Capital tried valiantly to get themselves back into the game but the Eagles proved too strong for their hosts as they ran out comfortable winners.

Charles Smith led all scorers in the game with 27 points for the Eagles, while Ibrahim Gariba led the Capital scoring with 23 points personal.