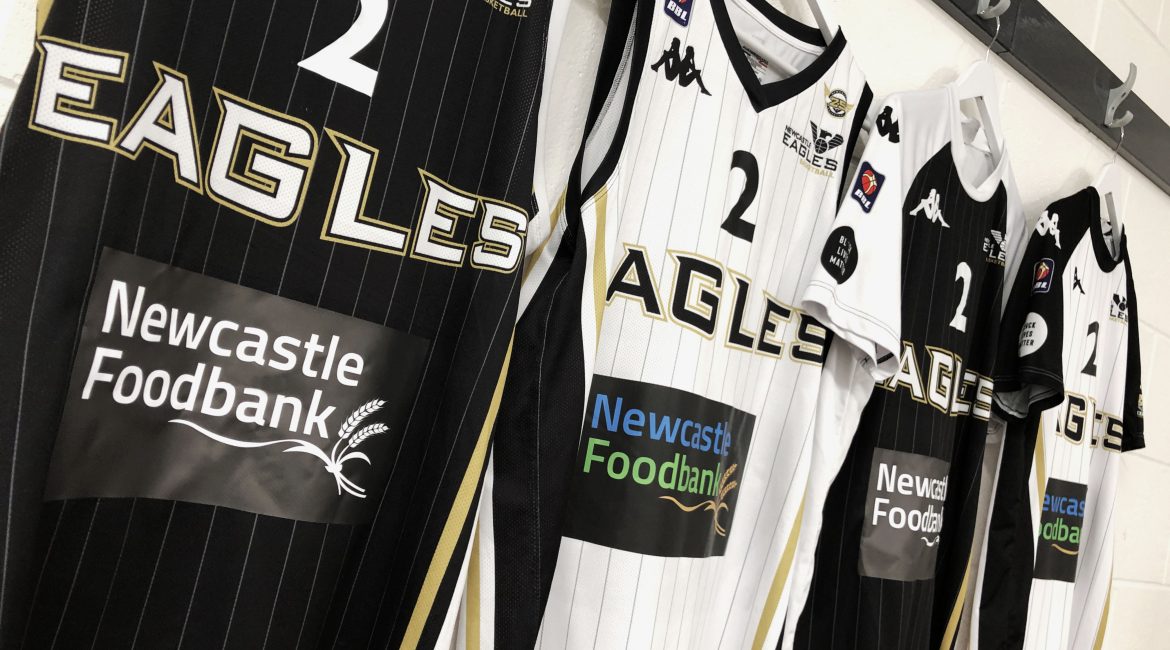 Tyneside communities grappling with the demands of the cost-of-living crisis will benefit from a growing partnership highlighting the work of a ground-breaking foodbank.

As near neighbours with a common goal, Newcastle Eagles and Newcastle West End Foodbank already boast a strong relationship.

And to support the Foodbanks network in Newcastle their name will take its place on the vests of the Eagles’ BBL team when they return to the action at the Vertu Motors Arena tonight.

Paul Blake, Managing Director of Newcastle Eagles, added: “We have an opportunity to highlight the invaluable work of Newcastle’s Foodbanks between now and the end of the season.

“We are always looking at ways to help our local community and this is a chance to showcase a vital service that makes a difference to so many families.

“We are proud to be based in the West End of Newcastle and community is at the heart of everything we do.”

The Eagles parted company with former club sponsor GiveToLocal earlier this week and moved to donate space on the club’s official kit and within the Vertu Motors Arena following talks with Newcastle West End Foodbank.

John McCorry, Chief Executive of the Newcastle West End Foodbank, said: “We are delighted to strengthen our ties with Newcastle Eagles.

“We have the shared aims of supporting communities throughout the city.”

The cost-of-living crisis has seen a significant increase in demand for the foodbank’s services and club bosses hope that, by underpinning a longstanding and positive relationship, they can shine a light on a team of committed volunteers helping families in need.

Between April 2021 and February 2022 more than 38,000 people were beneficiaries of parcels issued by Newcastle West End Foodbank.

Almost 15,000 of those people were children living in poor and low income households.

And the volunteer-led service offers help to people trying to overcome hardship — as well as promoting social inclusion — via its Pathways welfare project.

“It’s clear that our communities need the foodbank more than ever right now and we want to do what we can to support their work,” added Blake.

“We’re hoping that by donating main sponsor space more and more people will become aware of the challenges facing many families right now.”