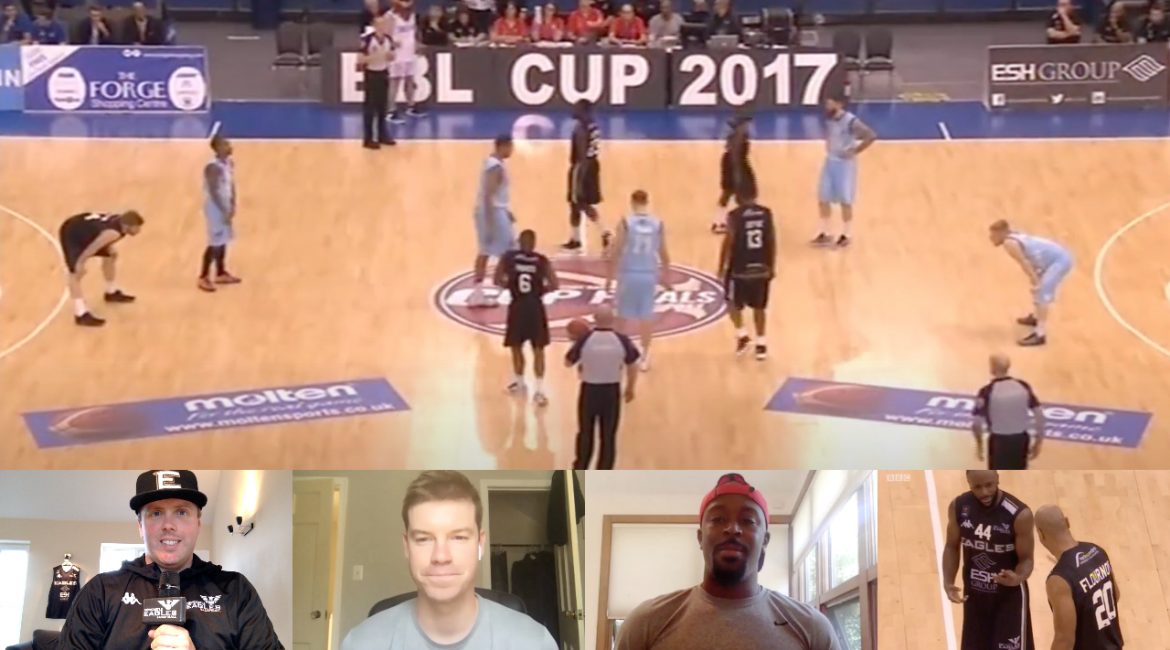 Episode 27 of our Eagles Nest-In series focusses on the 2017 BBL Cup Final against the Glasgow Rocks when we won the title for a record third time in a row.

To look back at the 2016-17 season Dan is joined by Rahmon Fletcher and Scott Martin, both players left the club at the end this campaign, of course one of them did return to us a year later.