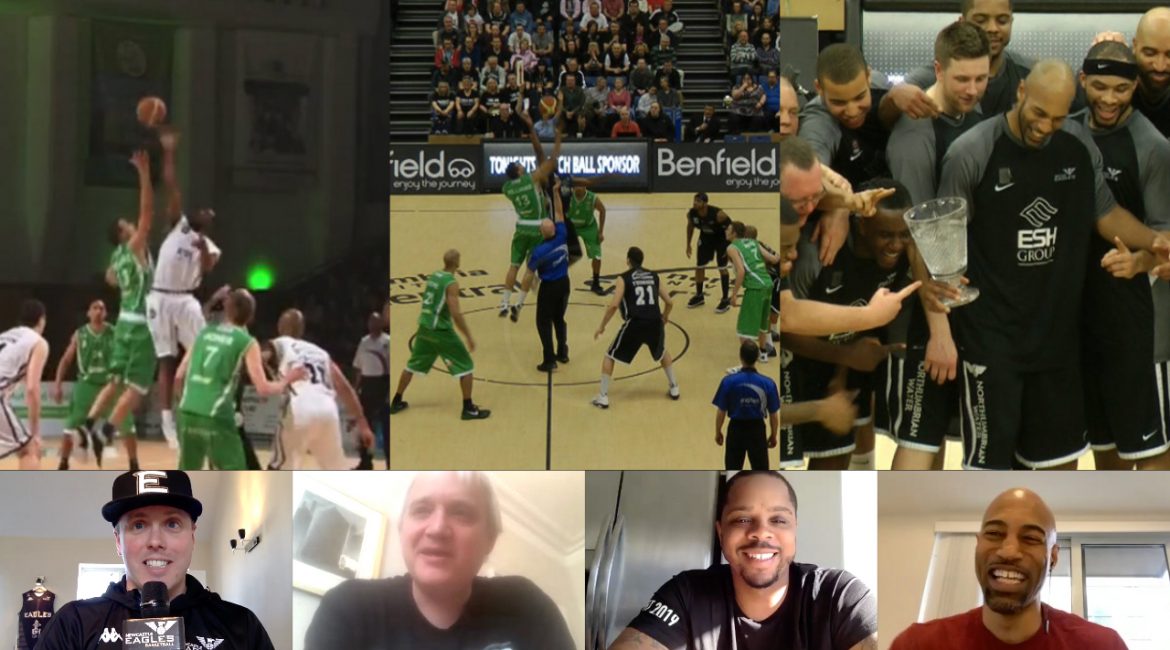 It’s a double-feature for Episode 13 of our “Eagles Nest-In” series (so get comfy!) as we look back at BOTH legs of the 2012 BBL Trophy Finals vs Plymouth Raiders.

Dan hosts an extended chat between Dave Forrester, Joe Chapman and Fab Flournoy talking about our ‘clean-sweep’ season of 2011-12, the mid-season tournament in Holland and more.