Eagles Look For The Magnificent Seven 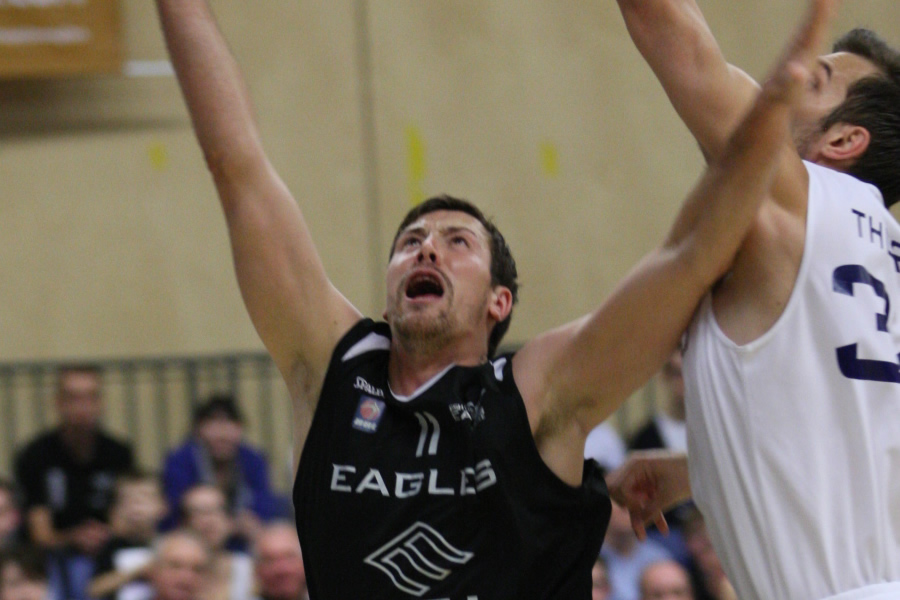 Paul Blake
Esh Group Eagles Newcastle v Cheshire Phoenix
Where and when:
Sport Central, 7.30pm Friday 16 October
Summary:
Esh Group Eagles Newcastle will aim to extend the perfect start to their title defence to seven games when they host Cheshire Phoenix on Friday.
The reigning champions were made to work for back-to-back road wins against Bristol Flyers and Plymouth Raiders last weekend, but their seasoned stars were more than up to the task.
Phoenix were edged at home by Glasgow Rocks, meaning their wait for a first win at the new Cheshire Oaks Arena goes on, although they have won all three of their games away from home.
Last time they met:
Esh Group Eagles Newcastle 78 Cheshire Phoenix 101 (BBL Championship, Sport Central, 17 April 2015)
Form:
Eagles: WWWWW
Phoenix: WLWWL
Three Points:
* Kinu Rochford had 10 rebounds, six points and two blocks on his Phoenix debut against Rocks
* Eagles’ Charles Smith (33 points) and Phoenix’s Jordan Williams (36) have provided two of the top individual scoring displays of the season
* Phoenix won the last meeting between these sides, although Eagles used a changed rotation having already claimed the Championship title
What they say:
Eagles forward Andrew Thomson: “The more we practise together, the more we play together, we will become stronger and stronger. There are always going to be little things we can tweak here and there but it is a building process and we can’t do it all in one session, so it’s going to take time.”
Phoenix guard Martyn Gayle: “We all know what a great team the Eagles are so we have to prepare accordingly. We will aim to play the game at our pace and not let Newcastle get us out of our style of basketball, that’s the main thing.
“Defensively we will have to get into them from tip-off and hope that we can force them to make errors.”
Tickets:  www.newcastle-eagles.com
Share