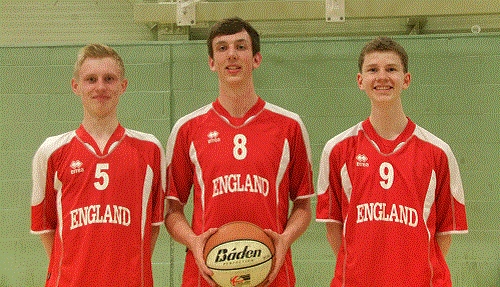 Eagles School of Excellence stand outs Ilya Fjodorovs (left), Keiran O’Neill (middle) and David Underwood (right) all received call ups to the England Squad this week and will be representing the national team in respective up and coming competition at both Under 15 and Under q4 international competition in the coming weeks.

Fjodorovs and O’Neill will join Eagles School of Excellence coach Ian MacLeod in his position as England Under 15s assistant coach as the team go to Denmark for an international tournament on 13th-16th June.