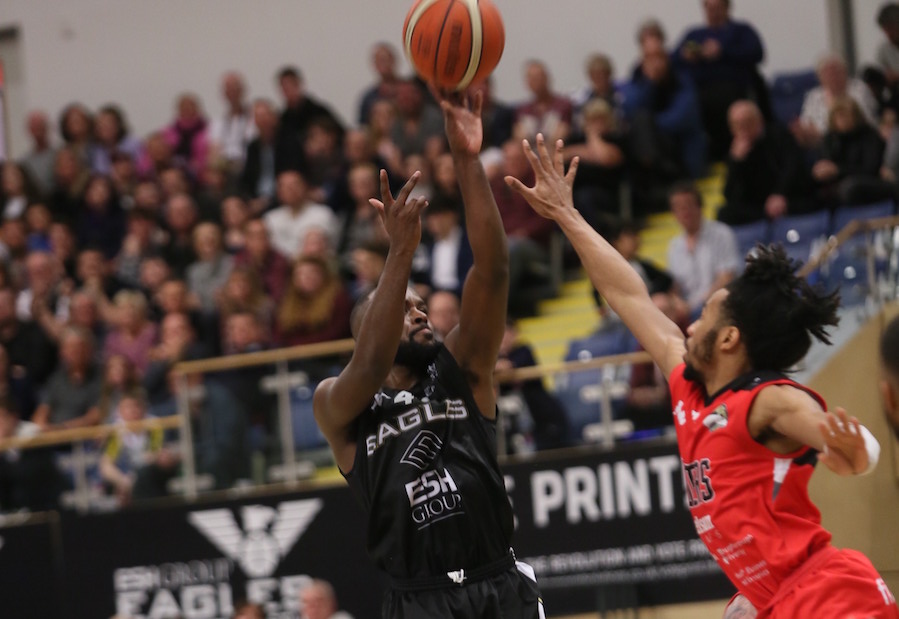 Rahmon Fletcher led the Eagles to victory with 24 points and eight assists as they avenged their loss to the Riders from Wednesday.

The Eagles were without Deondre Parks, while the visitors had captain Tyler Bernardini on the sidelines and it was the hosts who made the stronger start with a 29-21 opening quarter.

However, Leicester responded well from 11 points down with a 16-2 run to take a 38-41 lead, but Fletcher pushed the Eagles ahead by beating the half-time buzzer.

Newcastle pulled away in the third to lead by seven with 10 minutes to go and despite Riders cutting the gap to three, they held on to secure the win.

Brandon Clark top scored with 18 points for the Riders, who finish their regular season campaign at home to Worcester Wolves on Sunday with Newcastle away at Sheffield.