Eagles Backcourt Back In All-Star Five 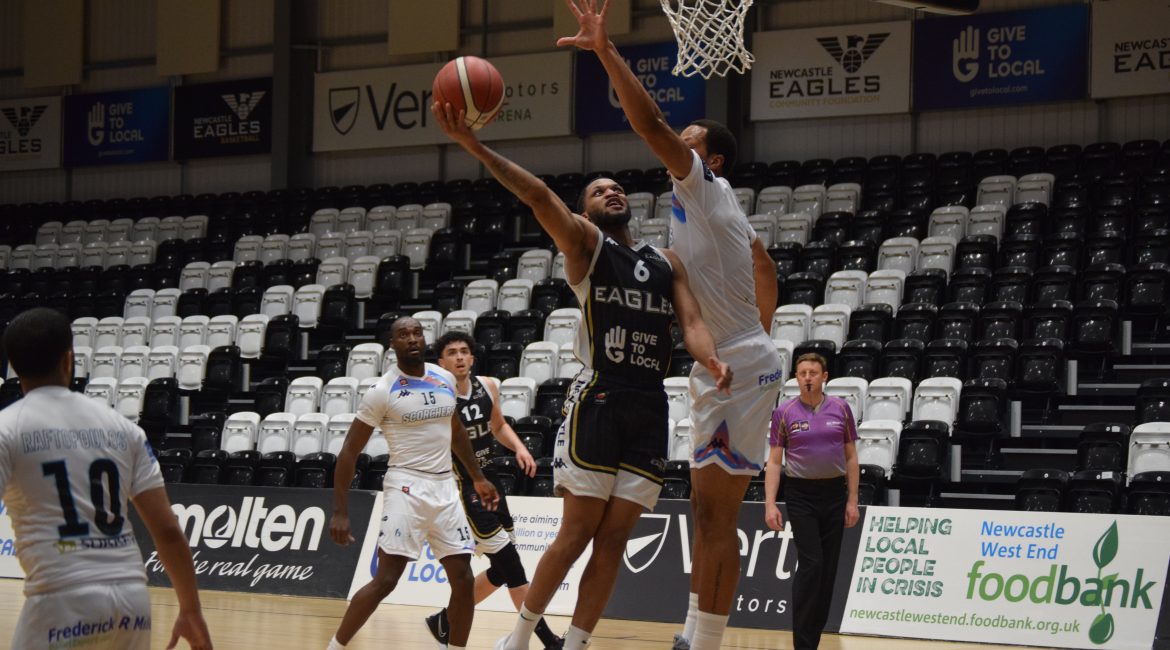 With almost all of the BBL Championship regular season games now played, two of our Eagles have landed in the Week 24 All-Star Five.

Our backcourt duo of Rahmon Fletcher and Cortez Edwards make familiar reading in the starting line-up picked by the league.

Leading all players this week was point guard Fletcher, making his seventh appearance of the season, as he helped our Eagles to consolidate fourth place in the BBL Championship with a win over Surrey Scorchers.

The Eagles captain consecutively made an ‘and-one’ play and a three-pointer to put the game beyond the visitors in the third quarter.

Joining his Newcastle teammate in the starters is Cortez Edwards who gains weekly honours for the ninth time this season, which is two behind leader DeAndre Liggins of London Lions and two ahead Fletcher.

Edwards came close to a triple-double against Surrey on Sunday with 19 points, nine rebounds and eight assists, adding four steals. That included seven points in three first quarter minutes that turned a one shot advantage into a near double-digit lead that Eagles would hold for much of the game.